I should have updated the blog when I got back yesterday, but I didn’t have the emotional energy to cope with typing out the words. So today you will probably get two doses of Lorna drivel.

Let’s start with an update on how Mike was yesterday. I would suggest that if you are eating while reading that you might want to come back later.

Mike sent me a text saying he was feeling really sick, (he has been saying it more and more lately) he had been asking the staff for something to help but of course they are powerless to do anything until a doctor has prescribed it. The doctors of course don’t even do their rounds until after 10. Even when the docs had seen him, the anti-sickness that Mike insists works had to be ordered in. So when I arrived for visiting time Mike was still feeling very sick, he was actually in the process of retching up green water as I walked in. On his table was another two bowls of green liquid which had been sitting there for quite a long time. As the one nurse came to look at Mike’s chart I asked where I might get some clean ones as Mike had used them all. She huffed, plonked the bowls one inside the other and stomped off, returning with a pile of ten sometime later. Eventually the drugs turned up and a different nurse came and gave Mike his anti-sickness. After taking the tablet Mike just lay back down and I don’t think I got more than another few words out of him.

For me it is so frustrating to have to walk to the hospital (20 minutes or so) only to sit looking at him for an hour and a half and then walk back home. Selfish? Probably, but I feel all cared out. Mike has been ill for what feels like a year, not Myeloma ill but just a constant nagging not right, having me run round after him ill. He has had sudden bursts of energy and gone out to dig the garden but that exertion has then led to a spell of exhaustion. So I have decided that I will make sure I visit him every afternoon, but unless I can get a lift, I am not doing the evening trip. (Cue the bad cop remarks!)

On the subject of being selfish I decided as I was leaving to pay Greggs (why is there no apostrophe?) a visit. (For those outside the UK Greggs is a chain of shops that sell bread, cakes, warm pastry products and sandwiches.) There is a store right in the centre of the hospital. This is what I bought: 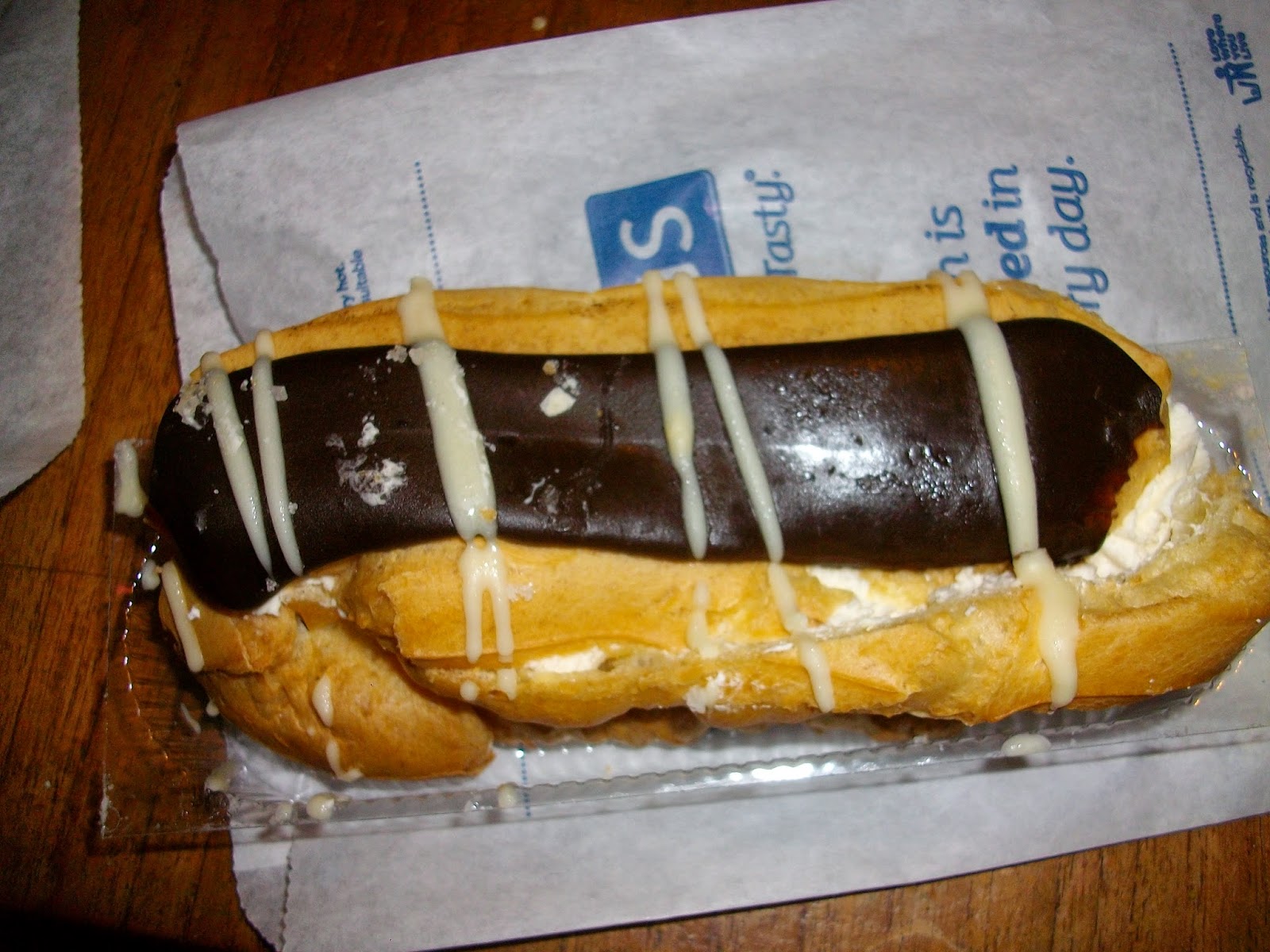 I ate it after my dinner. Having dealt with 5 sick kids, nothing puts me off my food!

Later yesterday evening I got a call from Mike to say they have moved him to the Renal Ward where they have more of an idea how to cope. Fingers crossed that things will start to move forward now.