Just when we thought that Spring was going to be more like Summer the good old British weather decided otherwise. I’m not saying it is actually freezing, it is just a shock to have to wear a jumper again when only a couple of weeks ago I was in shorts! Some of the plants aren’t too happy either, the strong winds have blown the peas over and the heavy rain has battered some of the younger seedlings.

Mike is struggling with his hb again, down to 96 from 106. It seems that the small dose of Aranesp they have finally started giving him isn’t enough to keep his hb between the ideal 110-120. That 10 might not seem a lot, but it makes a real difference to Mike. The difference between being able to walk up and downstairs, or having to crawl / send me.

I am going to try and stop myself wallowing in self-pity. I’m not sure how well I will get on, you will all have to be patient with me. Life is tough at the moment on practically every front, and some of the problems are compounded by arguments about the problems lol.

I always feel I need to put a photo, so today’s random photo is: 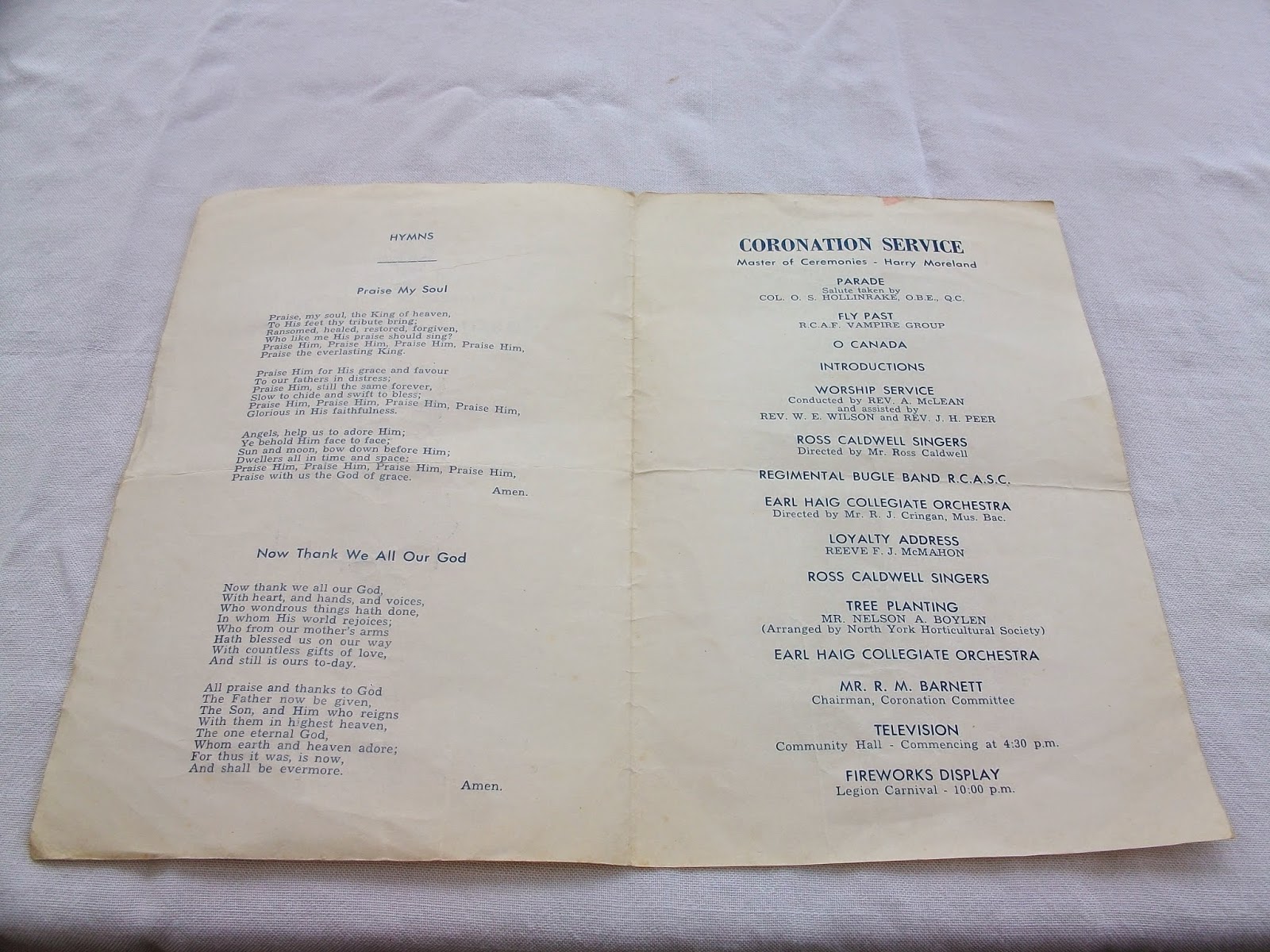 An itinerary of events for the coronation of Queen Elizabeth II from North York in CANADA. It was at the bottom of a box I bought from an auction a couple of years ago!

The Township of North York is now just an area of Toronto, like many small towns and villages around Birmingham and other large cities, it has been swallowed up by urbanisation. Such a shame.

I think I’ll do some baking to cheer myself up!