Yesterday I received the results from my Covid antibody test AND my routine myeloma tests. Yesterday was definitely an important day!!!

So, even though I’m super busy today, I just had to stop and write an update.

First, I tested negative for Covid, which means that I have never been exposed to it. I opted for the more complete antibody test, the one where they draw blood from your arm. There is another test, a mere finger prick, which tells you only if you are positive or negative. But I wanted to know if what I’d had back in January was coronavirus or not. Well, I have my answer now: it wasn’t Covid-19, it was “just” a very bad case of the flu. I guess I’m relieved, since apparently the antibodies don’t protect you from getting Covid-19 again… Anyway…

I also received my regular test results. I began crying as I was going through them. Yes, yes, yes, silly me, I got all emotional. You see, I was supposed to have tests late last year, but I got sick in December, then again in January, so I had to postpone. And then, of course, we were in a lockdown situation over here (which saved many many lives!). And then, when the country began reopening, I didn’t think it was safe for me to venture out much, especially to a lab. So I hadn’t had tests in a very long time. And, I admit, I was worried. 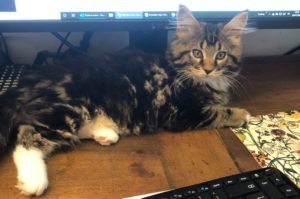 Well, I needn’t have worried at all. My results are excellent, to say the least.

My total IgG has gone down 820 mg/dL, which takes it to 2010 levels. I would like to note here that in 2013 all of my main markers worsened…It was a very difficult, stressful year for me and for Stefano (not for our relationship, which has always been very very solid). My total IgG shot up to slightly over 6000 g/L, which really scared me, and not just me. But, in agreement with my doctor and Stefano, I worked on getting my stress levels under control, among other things. Well, those efforts paid off. That number started going down with every single test, slowly but surely. And now we’re back in the 3000 mg/dL range. It’s taken time and dedication, but, amazingly…I did it!

All my other markers are good, too. Either they’ve gone down a bit or they have remained stable, in the normal range, mostly. My IgM and IgA, of course, are still VERY low, but they are the same as they have been, as far back as 2016.

Hemoglobin and hematocrit = normal range. My red cell count is slightly under the normal range, 4,10 instead of 4,20, but it’s higher than it was last year (3.86). White cells, platelets, calcium, uric acid, creatinine = all normal. And…no Bence Jones.

There are a couple of negative items. My Freelite chains are slightly higher than they were last year, but they’ve been even higher in the past, so I’m not concerned.

My B2M concerns me more. It should be a maximum of 2.5 mg/L, but it’s 2.9 now. However, like the Freelites, this marker has also been higher in the past…In fact, it was 3.0 last year. So, again, no big concern. 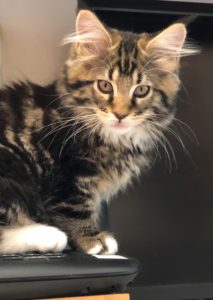 All in all, therefore, THREE CHEERS FOR THESE TEST RESULTS!!! I’m super relieved, super pleased. Tomorrow we’re going to celebrate…We’re having a couple of close friends over for lunch and will spend the afternoon watching their little girl play with Potter. Hehe. Fun!

Come to think of it, I wonder if the anticipation of getting another cat had something to do with my good results. Did Potter work his magic on my tests?