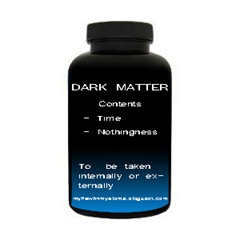 As you are aware that over the last few weeks I have been having a clear out of my Attic. During this process I have been looking at various alternative methods of therapy for my Myeloma Cancer and trying different things.

Sometime you come across the unusual and and I’m a bit sceptical about anything new until I have tried it myself and done quite a bit of research into the benefits and properties they hold.

My latest discovery is what is called Dark Matter, which has several other names including ‘Space and Time’ and ‘The Nothingness’, ‘missing mass problem’

Lots of research has been done into this and Einstein and other like Kepler were leaders in the fields, although at the time didn’t realise the significance in the cancer healing properties.

Dynamical studies of the Universe began in the late 1950’s. This meant that instead of just looking and classifying galaxies, astronomers began to study their internal motions (rotation for disk galaxies) and their interactions with each other, as in clusters. The question was soon developed of whether we were observing the mass or the light in the Universe. Most of what we see in galaxies is starlight. So clearly, the brighter the galaxy, the more stars, therefore the more massive the galaxy. By the early 1960’s, there were indications that this was not always true, called the missing mass problem.

The first indications that there is a significant fraction of missing matter in the Universe was from studies of the rotation of our own Galaxy, the Milky Way. The orbital period of the Sun around the Galaxy gives us a mean mass for the amount of material inside the Sun’s orbit. But, a detailed plot of the orbital speed of the Galaxy as a function of radius reveals the distribution of mass within the Galaxy. The simplest type of rotation is wheel rotation shown below.

Rotation following Kepler’s 3rd law is shown above as planet-like or differential rotation. Notice that the orbital speeds falls off as you go to greater radii within the Galaxy. This is called a Keplerian rotation curve.

It is based upon this missing mass problem that I based my research.

So where is this missing mass?

After emptying the attic in the far corner I discovered under some old timbers a form of dark matter that was significantly darker than the blackness of the attic with the the lights completely out. I realised that I had come across some of the dark mark matter that has been missing.

As I am having a complete clear out, I though I would bottle some of this and sell it on ebay. It has some great healing properties, called ‘Time’ and can be used in various ways, either applying a small dose to the affected area and leaving overnight, or as long as you wish, or internally taking small sips as often as you like as long as it is taken in a completely darkened room.

Please see my eBay offer to purchase these online

I could have done with discovering this earlier and maybe used the missing time to do something more significant over the last couple of years, rather than having treatment that hasn’t worked. Although I had no choice really; and until I discover and bottle the illusive Hindsight we all need to make decisions that affect our future and the ‘Time’ that we have left.