Today FL had his first bath for very many years.  He certainly hasn’t had one since 2004, so it is reasonable to assume he hadn’t had one for a while before that.  We have a shower over the bath at the farm, and it is easier to use that than turn on the boiler to heat the water, for the sake of a few shivery minutes sitting in the draught from the skylight.

The nurses and I bullied him into having a bath, because we (and initially he also) agreed his aching ribs would feel much better after a long soak in a warm tub.  However, halfway out of bed he changed his mind and panicked.  I am pretty sure he was afraid it would be a cold and painful experience and he just wanted to stay warm and safe under the covers.  But having got him that far, we decided to follow through.  I calmed him down and the nurses manoeuvred him into the special bath chair, which looked a lot like something from a fairground, with a bar at the front to stop him falling out in the middle of the ride.

He was gone for quite some time and when he returned he was subdued and just wanted to sleep.  I was worried and thought we had pushed him too far, but when I spoke to the nurse later she said he had been smiling and telling them stories about his home town while he was in the bath.  Wow!

He slept through lunchtime and pill-time and the doctor said it was best not to wake him.  At about 3pm, three of his golf pals turned up.  We made idle chitchat for a short while and then I realised that FL was awake, listening, but with his eyes closed.  I offered him a drink of the apple juice I had brought in (thank you to the commenter who suggested the cloudy sort, that tastes like pears!) and he was persuaded to sip some through a straw:  his new favourite gadget that makes drinking and swallowing an awful lot easier.

He then made a little pantomime of pointing at each of his friends in turn, before closing his eyes again.  I knew he didn’t want to “entertain” them, but they had driven for an hour to visit, so I didn’t feel I could just throw them out.  After a short while, he made it clear that he wanted to go to the toilet, and the pals took that as their signal to leave.  I was reminded of them visiting 8 years ago, when he was first ill, and him saying to them:  “Thank you for coming…  and thank you even more for going!”

After they had gone, he had a few more little drinks and I talked to him as he did so.  He was finding it painful to speak, but he agreed it would be good to see one of his oldest friends, who rang last night to ask me if he should travel up for a visit soon.

I have gradually been letting people know that FL is in the hospice.  He had told me not to contact his family, but it occurred to me that if I did not, they would assume it was my decision not to tell them the situation. They may not respond to my emails, but I have given them the opportunity to be in touch before it is too late. 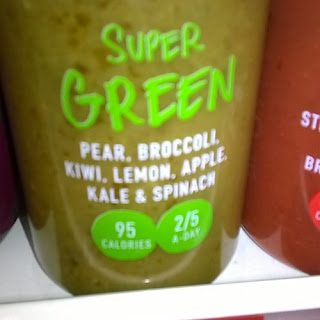 Thank you for your assistance in locating pear juice, or nectar.
One of you even identified the nearest branch of Lidl, which I pass on my way home from (but not to) the hospital.  I am going to stop there tomorrow.
I made FL smile when I told him that the only pear juice I could see in Asda also contained broccoli, spinach and kale:  the three green vegetables I love the most, but which he really really dislikes!
I was tempted…!