Skip to content
Oh my goodness – so many wonderful comments!  Thank you, everyone.  Especially to those of you who knew where to get information on my rights or who are familiar with the sector I work in generally / my workplace in particular.  It helps a great deal to know how policies are interpreted in real life before making important decisions.
As several of you knew, I am entitled to compassionate leave from my employer.  However, payment is discretionary.  I spoke to my immediate manager today and explained the situation.  He said he would seek advice from HR.
He has agreed that I can take Annual Leave from Monday, and through the Christmas Closure period, when I would have been away from work anyway.  We will review the plan in January.
Meantime, the MacMillan nurse  got me an appointment with an expert at the local Maggie’s Centre (a charitable organisation which provides support and advice to cancer patients and their families) to talk it through.
I did a morning’s work and actually made some progress – go me!

Back at the hospital, FL was still in his pyjamas but had eaten all of his lunch.  I hadn’t been there long when the MacMillan nurse came to see him.  He spoke to FL about the intention to transfer his care to his GP, with future transfusions to take place in the community hospital rather than in the city. Crucially, he explained that his myeloma is back and increasing; that FL has exhausted all chemotherapy options; and that the last remaining intervention, steroids, had directly contributed to his recent chest infection by messing up his immune system.

Radiotherapy was discussed, and FL repeated his belief that his main pain is from his shingles site and not from his bones.  The MacMillan nurse asked lots of “diagnostic” questions and advised FL not to rule out radiotherapy altogether, as if he gets another chest infection (and cough) he may very well find his ribs painful again, as they are full of lytic lesions. FL described the sternum pain as “agony”, which the MacMillan nurse said was not the normal experience of a pain from coughing.
The MacMillan nurse then suggested trying an anaesthetic patch on the site of the shingles pain – it is used for 12 hours at a time to numb the nerves.  FL agreed to try it out, and within the hour it had been prescribed and applied – wonderful!
Not so wonderful was that it distracted the ward nurse from giving FL his morphine, and she forgot.  He rang his bell twice and was ignored.  In the end I had to search her out.  She was quite snippy with me, saying she wasn’t sure he could have another painkiller.  I put her straight.  So he received his 2.30 morphine at 4pm.  Grrrrr.
He is now alone in his room, where there were originally 4 patients. Although I am glad he will no longer be disturbed by his neighbour’s radio, I do hope he will not be lonely in the night.  Maybe he will get new room-mates this evening.
After everyone had gone, I talked to him about his prognosis.  He said he had been prepared for the news, but wanted to know what would happen to me when he is gone.
I reassured him as best I could.
He sat with his eyes closed for a while, but I knew he was not asleep.
After a little while, he rather gruffly pronounced:  “Right then.  I need you to help me finish my book.”
I said:  “It’s a deal!”
That’s better! 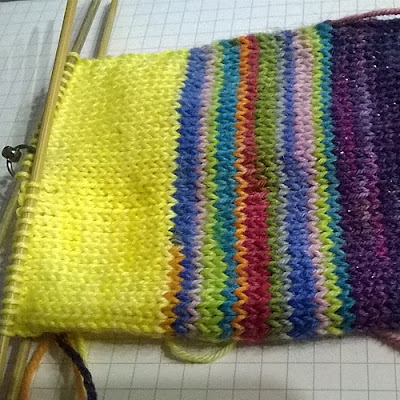