Hello my dears!
It’s that time again:  the end of one year, the start of another and I feel the need to take stock.
My internet is clanking and groaning with the effort of making a connection today, so I will try not to take too long over this.  If you want more details, all the knitty stuff is on Ravelry and the sewing is blogged. 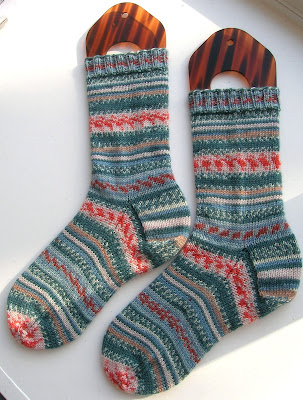 11 pairs of socks, all using mass-produced sock yarn except the Advent Scrap socks and a pair of baby socks, which both included artisan wool.  7 pairs used Regia yarn and 8 pairs were “plain vanilla”. 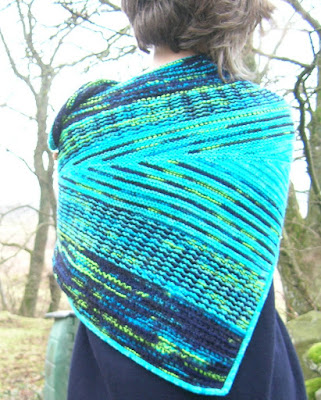 7 shawls, which included 2 test knits for Josh Ryks and 2 patterns from the “Curls” book by Hunter Hammersen.  I started the year thinking I would work my way through all of the Curls, but I made a series of poor yarn / pattern matches and had to frog them. 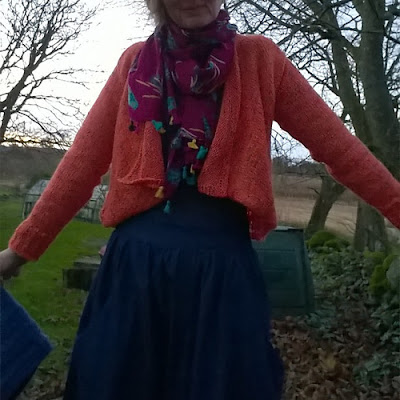 I made 3 full-sized garments for myself:  a 1980’s pattern sweater, Epistrophy by Kate Davies and the unexpected orange woolly wonderfulness that is my Angelus Novus Cardigan.
I also knitted 3 hats, 2 pairs of mitts, 1 baby cardigan and 1 little Bird. 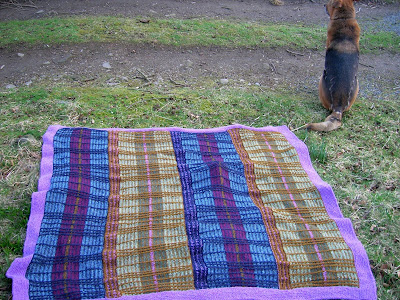 I finished my Kex Blanket!
I was delighted that it brought some warmth and home comfort to FL during his recent stay in hospital.
And I did more crochet.
My sewing became more considered.  I made far fewer items but I wore them more often. 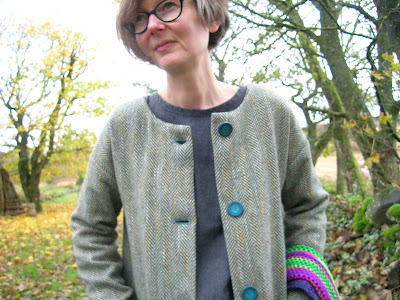 I got serious about spinning!  And bought a spinning wheel, the Schacht Ladybug.
FL
Of course, the other big thing that happened in 2015 is that FL’s health started to go downhill.
He caught shingles in May and never recovered fully from that:  he still gets post-herpetic pain.
The myeloma took advantage of his general weakness and his Freelite scores began to multiply.
He had his final cycle of Pomalidomide in September.
Since then, he has had to rely on increasing doses of painkillers:  paracetamol, then codeine, and since the beginning of December he has been on Oxycodone and Oxynorm (morphine-based drugs).
He was hospitalised for ten days just before Christmas.  A blood transfusion brought him back from the brink.
Right now, he is asleep on his chair, as he so often is these days.
But he still has a book to finish writing, and I know it is the thing that has kept him going all these years, since his cancer diagnosis in 2007.
So that has to be our main goal for 2016:  finish the book.