I can tell people are starting to get a little worried that I haven’t written on my blog for a while or responded to emails and facebook messages, so thought it was about time I give you a quick update.

As I previously blogged I have had the flu and it has really taken it out of me. I’ve spent most of the last three weeks trying to recover from it. I’m still trying now. I still have an infection of some kind on my chest and I was expecting to be kept in hospital today on my weekly visit to Chester. My temperature has been going up and down over the last few days going over the 38 where I suppose to go into hospital, well at least thats what I used to have to do, hence the reason why I thought I would be kept in hospital today. I was anticipating them taking me in so much that I had already packed a bag and had it ready in the car! Fortunately I they didn’t keep me in, I really hate staying in hospital. I can’t think of anyone or why anyone would enjoy it, not the most exciting places to spend your time.

Rather than a stay in hospital, I got examined by the doctor, who seemed competent and friendly and he prescribed me some more antibiotics and sent me for another xray. I say another xray as I had one two weeks ago at Liverpool, but as the systems aren’t connected I had to have another one. I didn’t have to wait around for the results though. I’m back in again tomorrow for my monthy pentamidine, so I’m sure they will have a word with me then if there is a problem.

So I’m back home again still coughing up yucky stuff and don’t get much sleep, even though I’m taking sleeping tablets to help me get some rest. It just seems like it is taking an age to get rid of it. It’s been one thing after another for the last three weeks. The Graft V Host Desease (GVHD) has got a bit worse but manageble with my skin drying up all over my body but mainly on my knees this time. I keep leaving bits of me wherever I go, so don’t invite me around unless you want me to leave a little bit of me behind!

This is the first time I have managed to write anything on the computer for ages, actually that’s a lie! I’m actually in bed writing this on my tablet (hence all the spelling mistakes as it doesn’t check like the computer does).

At least you got an update. .. Now I’m going to try and get some sleep. To sleep properly I have to sleep sitting up because as soon as I lie down I start coughing. …. Oh well I will give it another try and hopefull this lot of antibiotics I have will finally clear it up over the next seven days. 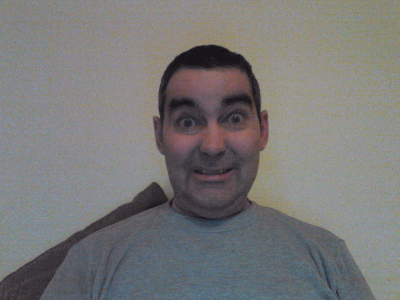