I had to share this recipe with you.  It’s one of our new favorites.

I’ve been on a Quinoa kick for the past couple of months.  It’s a grain that’s packed with protein and very versatile.  It’s great for a meatless dinner once or twice per week.

Bring broth and quinoa to a boil in a saucepan. Reduce heat to medium-low, cover, and simmer until quinoa is tender and water has been absorbed, 15 to 20 minutes. Transfer quinoa to a large bowl and set aside to cool, about 10 minutes.
Mix tomatoes,garbanzos, pepperoncini, parsley, kalamata olives, onion, feta cheese, olive oil, vinegar, and garlic into quinoa. Squeeze lemon juice over quinoa salad, season with salt and pepper, and toss to coat. Chill in refrigerator, 1 to 4 hours.

(I marinated my veggies separately for a couple of hours before mixing it in with the Quinoa…. wanted to get my garbanzos tasty!) 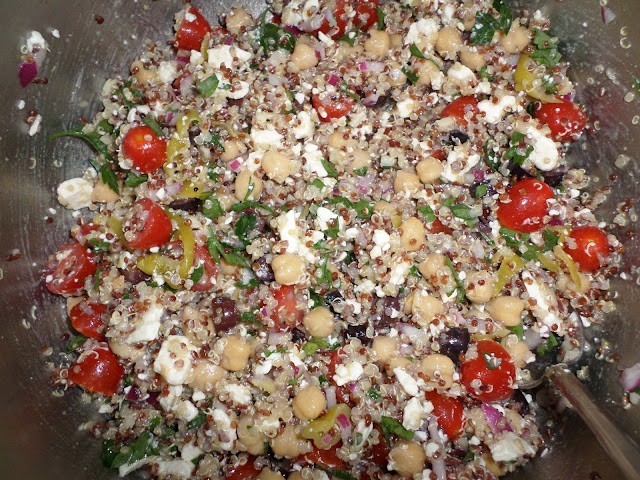 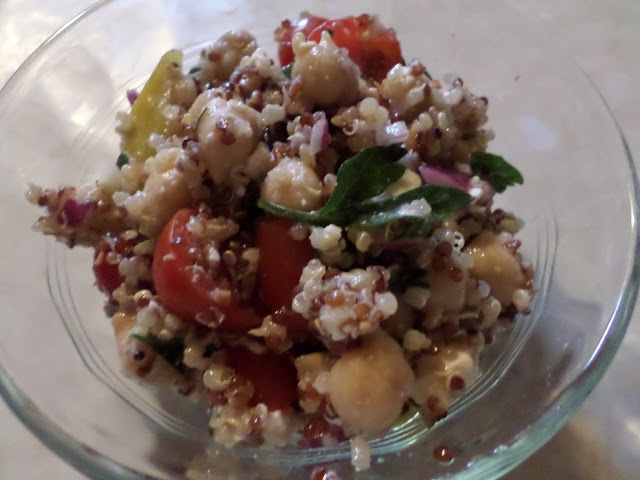