The past few days have been more than a little taxing.
FL had a funny turn in the early hours of Thursday morning, which sent him bouncing around the bathroom with a great deal of crashing and moaning, and woke me at the other side of the house.  I found him sitting on the toilet, struggling to breathe and unable to tell me what had happened.  I got him his inhaler, which helped.  But it took an hour to get him into the sitting room, where he promptly fell asleep propped up on the table.
I spent the next few hours just listening to him breathe.
It sounds crazy thinking about it now, but I didn’t think it was an emergency.  He had seemed so well in the previous few days, and was now so peacefully sleeping.  I thought he must have slipped, and that the shock had brought on an asthma attack.
When he stirred, I said “If you don’t wake up by noon, I’m calling the doctor!”  He just shook his head and fell asleep again.  We had that same non-conversation a few more times over the next few hours.  At 2pm, he revived enough for me to help him through to the bedroom.  As he got into bed, he said “Roo… I think I took two morphine tablets instead of one…. zzzzzzz!”

And that confession finally woke me up.  I rang his doctor, who at first suggested I take him to the surgery, but I knew I couldn’t get him as far as the car.  So they offered to make a home visit.  A home visit?  They do that?  I didn’t know.  I thought it was a choice of going to the surgery or calling an ambulance.

At 7pm, after a battle with her Sat Nav (which sent her to the other side of Bennachie), the GP arrived.  I told her the whole sorry tale.  When we woke him, he seemed a lot better.  He was able to sit up, with help, and to take a few supported steps  He managed to speak in whole sentences.  She said he had a slight temperature, and after listening to his chest, gave him some antibiotics.
He was given strict instructions to drink plenty of water and try to eat.
The first attempt was unsuccessful.  Hooray for my trusty washing bucket!
The doctor said if he didn’t improve, he would have to be admitted to hospital the next day, just to be on the safe side.
But by Friday morning, he was sitting up,  nibbling on the edges of a slice of dry toast and looking slightly sheepish as he checked his packets of pills.
Me?  After a sleepless night, I was on the laptop trying to meet a work deadline on the other side of the kitchen table.
In denial, much?
The doctor saw him again, took some blood and prescribed more antibiotics.
There were of course some bad jokes.  Yup, he’s getting better.

So..what happened?  We still don’t really know, but we think he may have become feverish on Thursday night due to an infection and had confused his late-night pills.  The morphine overdose hit him when he tried to get up to go to the bathroom, causing him to fall, causing the asthma attack.
And now here we are on Saturday.  Breathing easily.
Phew! 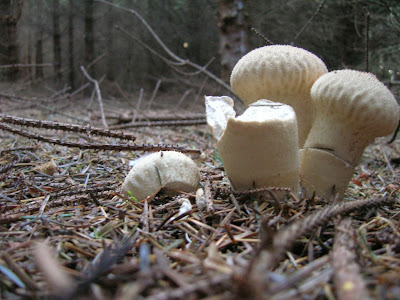 After being cooped up indoors for two days, he wrapped up warm and we drove across the fields for a very local outing.  He couldn’t get out of the car, but was able to watch me race the dog into the woods.
I  took these pictures to show him where we had been. 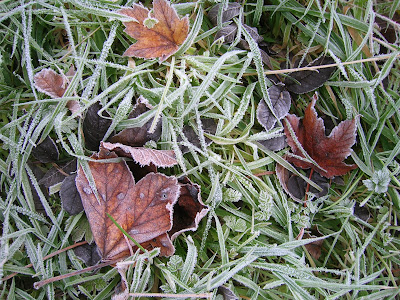 It’s dark now, and we are snuggled up in front of the woodburner.
Another crisis survived.
Today’s lesson?  “Don’t ever get complacent, kids.”