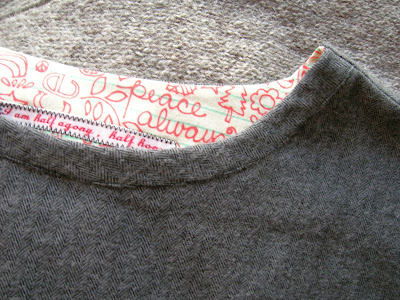 This weekend my “49 before 50” list probably saved my sanity.  If it was not for Number One:  Be True To Myself, I would very likely have rushed headlong into Number Ten:  Update my CV, with absolutely tragic consequences.
As some of my readers know where I work, I will not go into detail, but suffice to say a “job opportunity” has come up.  It is a job I am supremely qualified to do, and if I were to get it, it would bring a substantial increase in salary. But…
BUT….!
It would be absolutely toxic.
Everything about the role would require me to become another person.  It would involve longer hours, evening and weekend working, travel away from home, and a whole new level of toeing the corporate line.  It would put me in the direct line of enemy fire.  And nobody should knowingly put themselves in such a position unless they are wearing a bullet-proof vest.
And while I was almost persuaded to fall for the received wisdom that the only way is up, and that this was my chance to “succeed”, the future I foresaw was overwhelmingly bleak.
So after 48 hours of headaches and feeling ready to vomit, I talked myself down from the precipice.
I remembered Jessica’s wise words:  “Just because you can doesn’t mean you have to!”
Phew!  Breathe again Roo – it’s all going to be fine! 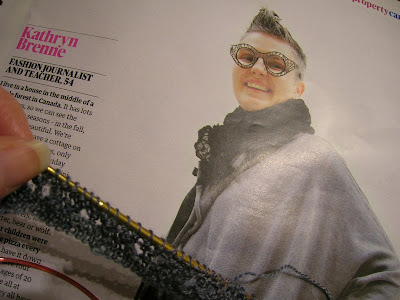 I spent the weekend doing things I really wanted to do.
Instead of filling in an application form, I sewed a dress.
And I cast on something new in actual laceweight – eek!
I read the weekend papers, and allowed myself to be inspired by unconventional women.  Look at those glasses!  See that hair! (AND she knits!)
If ever there was a day when I was likely to dye my hair blue, it was today.
But I am saving that for next weekend ;) 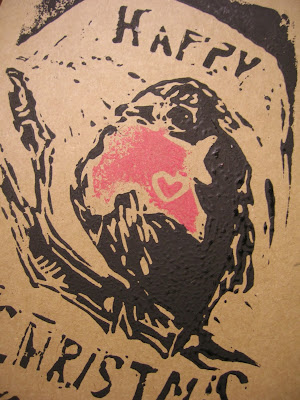 So despite the failure of this year’s lino cut (Number Thirteen:  Make my own greetings cards), which looks more like an overweight mouse than a robin, I am feeling a thousand percent better on Sunday night than I did on Friday.
And you know why?
Number Nineteen:  Treat myself kindly.