Whoa!!! June zoomed by and here I am moments before the clock ticks into July 2013!
Honestly… I am so over CANCER (especially me having cancer), that I have psychologically separated myself from this wonderful blog of mine :/
Guess I just don’t want to think about IT and focus on IT much anymore!
Sorry to have let slide my commitment to write a least one blog entry a month to those of you still reading and checking in with me.

I have mentally moved forward (rather, pretended to) and have learned to move forward with the idea tentative, fragile health.
No doubt, I KNOW my current and future reality…
No doubt I think about it, but I try to not waste much time perseverating on the When, What, Why, How of my eventual, impending coming out of remission.
I have somewhat accepted the idea of a much shortened life, accepted the idea that any day, any blood test, any ONCOLOGY appointment can mean I am slipping away from the precarious cliff of health that I am wobbling on…
I try to direct my energies to focus on the NOW, not the WHAT if, and the eventual WHEN! 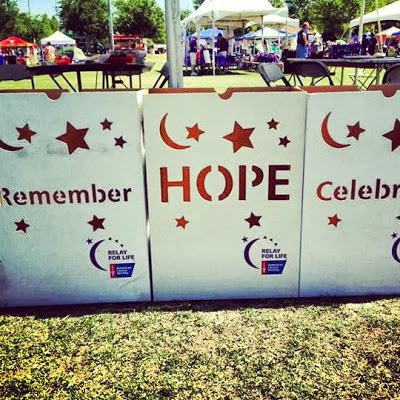 June seems to always be so full of milestones and anniversaries… in so many ways for me.
It’s the end of a beginning
And the beginning of a new end to come
As June always represents some sort of graduation or commencement of something or someone for me… since I have always lived in the academic world.

I have been blessed with surviving another year in relatively good health, which allowed me to continue to pursue my mission of “Saving the world, One student at a time”…
I have a beautiful (6 months new) office, with one of the BEST views on campus! 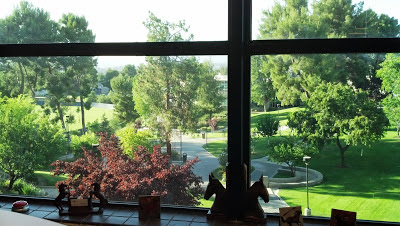 But, June also represents so many cancer “graduations” for me-
THREE years ago June 2010, I walked away from my college’s graduation having no idea what was in store for me that June, July 2010…
I was heading into a complete UNKNOWN, as I was to begin “preparing” for my Autologus Stem Cell Transplant, and subsequent hospitalization/isolation at City of Hope.
From diagnosis 12/30/2009 to June 2010, I went from around 70% lethal cancer coursing through my blood to about 10%.  June, July now brought the final super intense battle to kick Myeloma’s butt out of my universe!

Early June 2010 transitioned me from pill form Chemo (Revlimid) to hard-core IV Chemo
June 2010 began my being suddenly really sick from IV Chemo, then suddenly feeling really well
Mid June 2010 began daily Neupogen injections to pump up my white cells and boost those Stemmies up!
June 2010 began the thinning and eventual cutting off of my “goldilocks” hair
Later June 2010 MY life saving Stem Cells were harvested, processed and preserved for my July 2010 transplant process
Wow… June 2010 was 3 years ago!!! That was then, this is now… and, and, and… it’s beginning to feel like a long time ago!!!!!!!!!!!

However, reality recently awakened my mental cancer vacation, as my last Oncology appointment earlier this month had a bit of unsettling news… perhaps why I delayed and stalled writing a blog entry ………

My Myeloma markers for my IGA Myeloma are now officially out of the “normal” range, bouncing above the high end of normal to the loud notation on my blood test results stated as ABNORMAL!!! ouch :/
Weird really… not shocking though, as I live in reality… I knew it was coming… it’s been almost 3 years exactly since my STC.
And now that I think about it, it’s EXACTLY one year I have NOT been on Myeloma fighting Chemo…
Yes Revlimid was my initial Myeloma eliminator, and Revlimid was my post STC maintenance ammunition

So what does this tell us… well guess I am creeping OUT of remission
My next blood tests later in July well be telling for sure; how fast Myeloma is creeping or raging back; how soon I will be back on a treatment plan…

But, life is to be lived NOW!
No waiting, no putting things off… I tell myself
I stop to smell the delicious scents of life daily
I taste my preferred flavors daily (those that chemo didn’t spoil)
I smile and laugh often
I don’t take too much too seriously
I keep it all in perspective, and encourage other to also
I try to surround myself with happy, positive people and life-embracing events
And I work on not letting CANCER control my life… for now, for sure!

Life and miraculous events embrace me all the time, and in the most amazing ways!
My 2011 rescue doggie Hanna “played it forward” and rescued (by calling my attention to) a days old baby sparrow on our porch last month! So delicate, so vulnerable, but so desperate to LIVE!
Rescuing creatures (and humans) is second nature to me, so I quickly picked up baby birdie and got to work saving his/her life…

This is BabyBirdie a few days after rescue
when heshe opened hisher eyes!
“Imprinting” on us, as the human bird family, began! 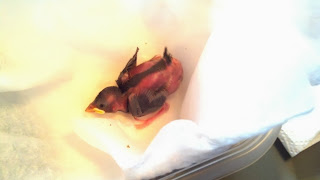 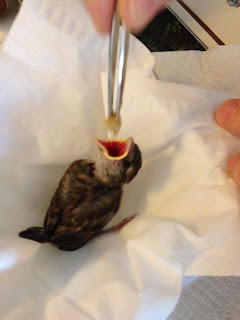 We will never know if Birdie’s parents pushed himher out of the nest of if the poor little guygirl fell out..
Sadly we quickly discovered that Birdie had a sprained, twisted up neck, and didn’t know hisher chances of survival… but that sure didn’t stop Birdie from energetically trying to survive and thrive! Baby needed to be feed every 20-40 minutes, sun up to sun down, so life revolved around feeding Birdie and I sure didn’t have a second to reminiscence about my June cancer anniversaries! We had to support Birdie’s little neck to eat, until one day, heshe kinda balanced upwards and began eating in a semi-normal stature!

Now almost 7 weeks later, Birdie is thriving and flying around the house like a little helicopter. Neck is 100% normal and heshe is so happy, healthy and doing all the normal bird activities, but in our human environment! Birdie only knows us as hisher family and is totally “imprinted” on us, so releasing Birdie is not an option. Birdie flys to us, perches on our hands, shoulders, phones and seeks out pictures of us on the shelves to perch on! So funny!!! 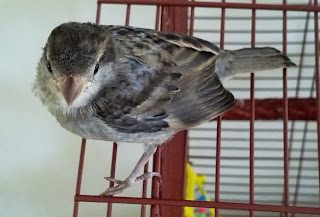 We “saved” Birdie’s fragile little life, but Birdie has given us far more than heshe will ever know!!! Life is so tentative and unpredictable… but so incredibly beautiful and breathtaking!
Birdie is now a full feathered beauty… and in a few months nature will reveal to us if he is a he or she, when hisher adult feathers come in! Here’s the amazing website that helped me save Birdie’s life: Raising an abandoned baby sparrow

Cancer can never take these simple joys away!
Nature’s will to survive is a message to all humans 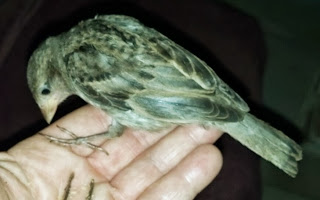 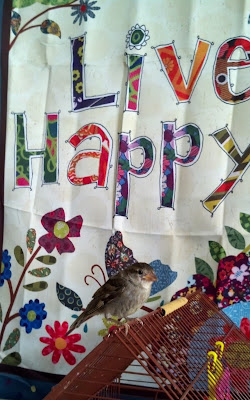 Crazy how I bought this flag long before Birdie arrived
and it now serves as a lively backdrop behind Birdie’s house-
Not to mention, the simple message I live by !
And so…. it’s
Hello July 2013!
Hello memories of my family saying emotional goodbyes to me at City of Hope July 2, 2010
Saying goodbye to me, in a small, sanitized hospital room, leaving me alone, in full isolation, in hopes of saving my life…


So enough about cancer!!!! … here’s my new blog all about Raising Baby Birdie!