Up early AGAIN – not sleeping well at all – bothered by neuropathy, AND leg/foot cramps TERRIBLE. My right foot went in to some sort of SPASM that I thought would KILL ME until I was able to stretch it out.

Drove my father to his appointment in Blackfoot, Idaho. He had a follow-up ultrasound of all the arterial stents he has had placed in his legs since June 2012. We took his wheelchair today and it was a lot easier on both of us getting around between the hospital and the doctor’s office right across the street. 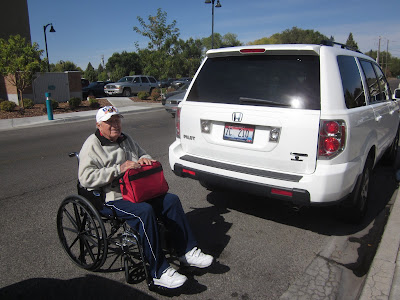 After the ultrasound which took about an hour, we saw David Shelley, MD (Interventional Radiologist)