Yes it is the 21st again. I haven’t blogged for over a week, there hasn’t been much new to tell you all. Mike is settling into the early morning routine, it does seem to help not losing a whole day. It has meant I have had a lot of time pottering in the garden, although it doesn’t seem to make things grow any quicker!

Nature will have her own way and despite an equal amount of love and attention the apple tree refuses to blossom, although it isn’t due to appear yet, there is no sign that there is going to be any flowers yet again this year. The plum and pear are both resplendent, the pear especially so.

The apple isn’t alone in being bare, the fig has yet to wake up properly from its winter slumber.

It was pruned back in January, but as you can see it is certainly much bigger than when we planted it back in 2011.

The vegetable patch now has some green, and not just weeds, but peas, onions, radishes and somewhere in the weeds carrots. They really are tricky things to spot until their feathery leaves are well established. 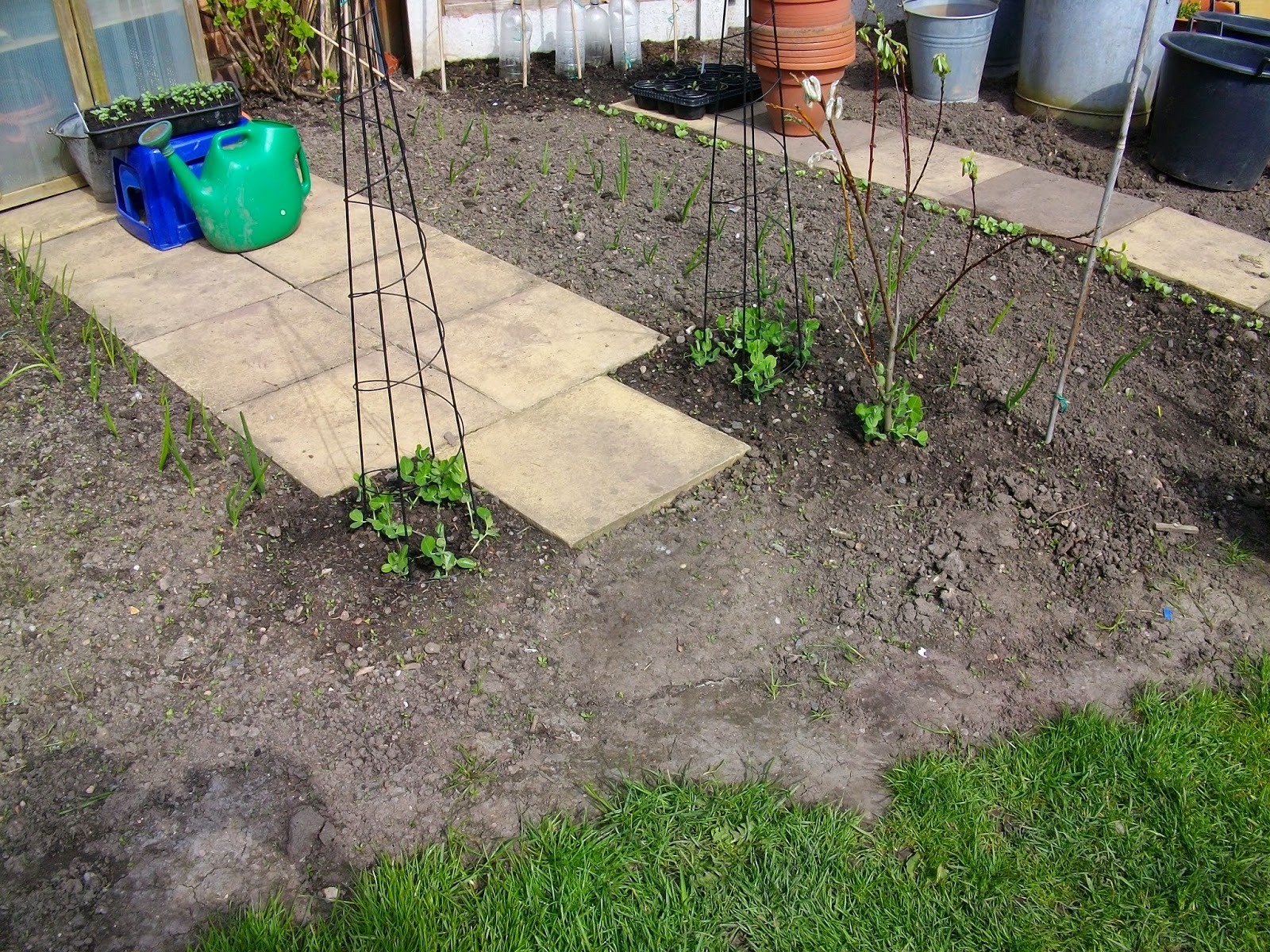 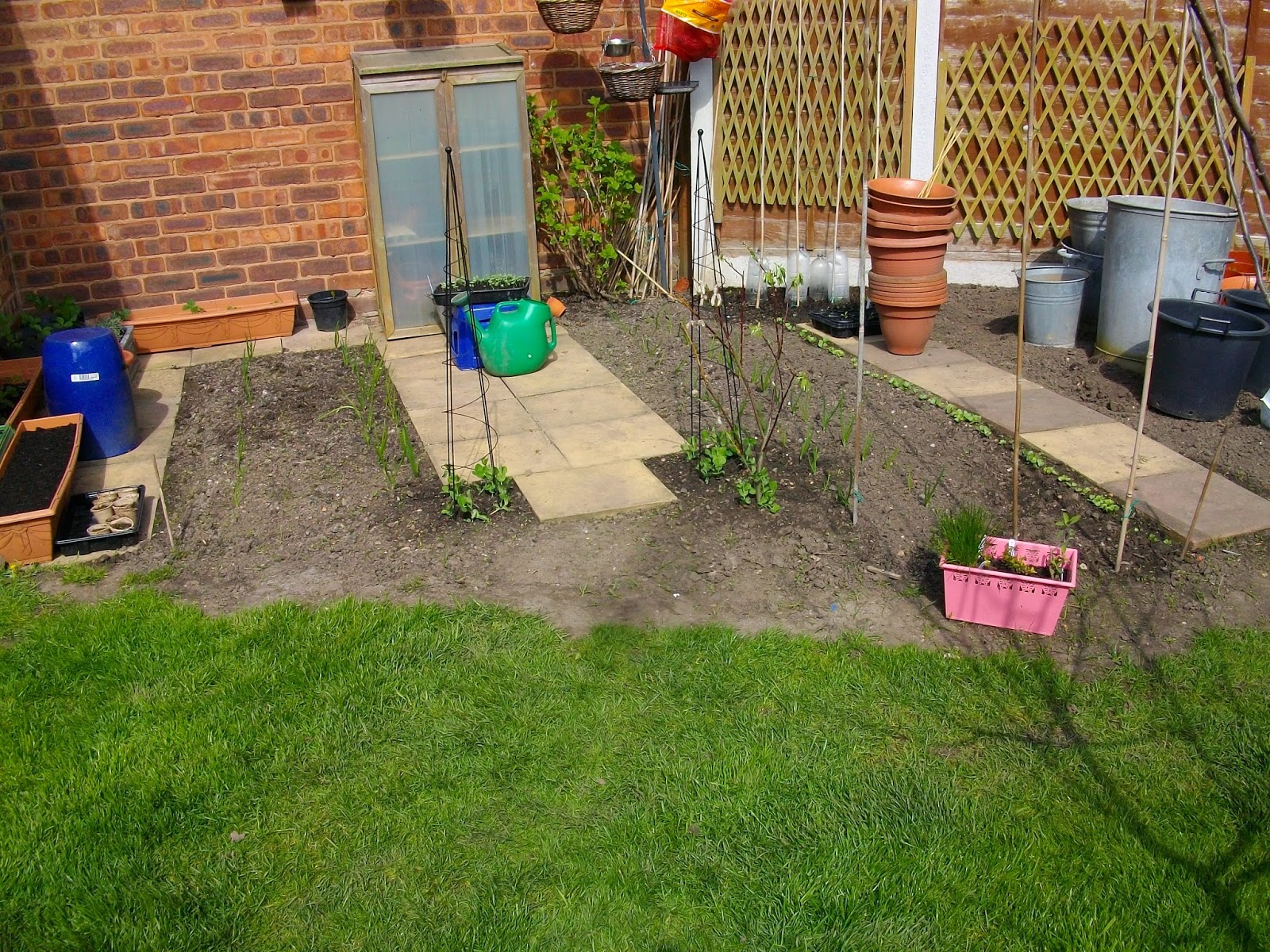 In seed trays around the house and garden we have cauliflowers, aubergines, tomatoes, courgettes (zucchini), chillies, squash and capsicum peppers waiting for the warmer weather of May. 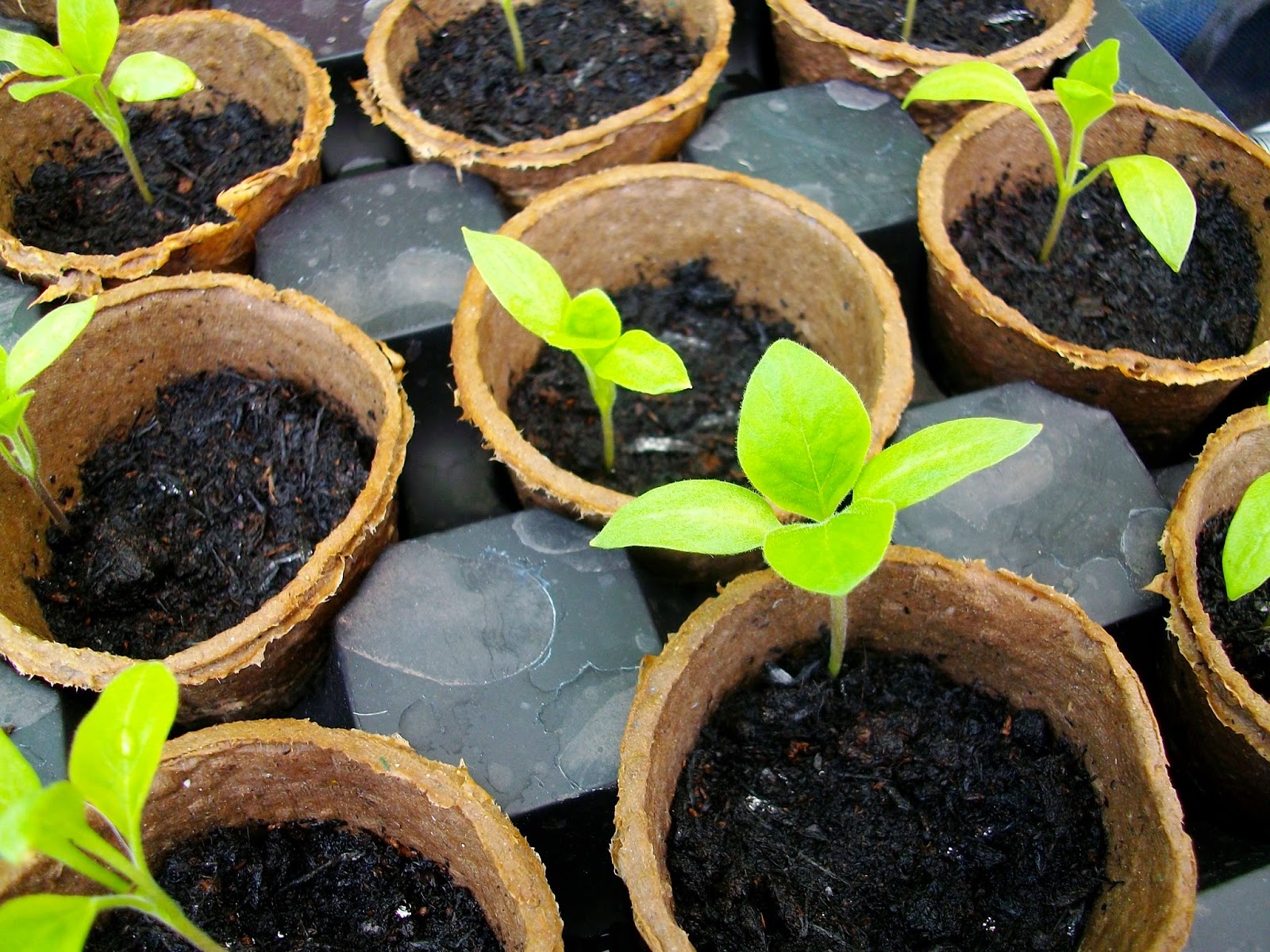 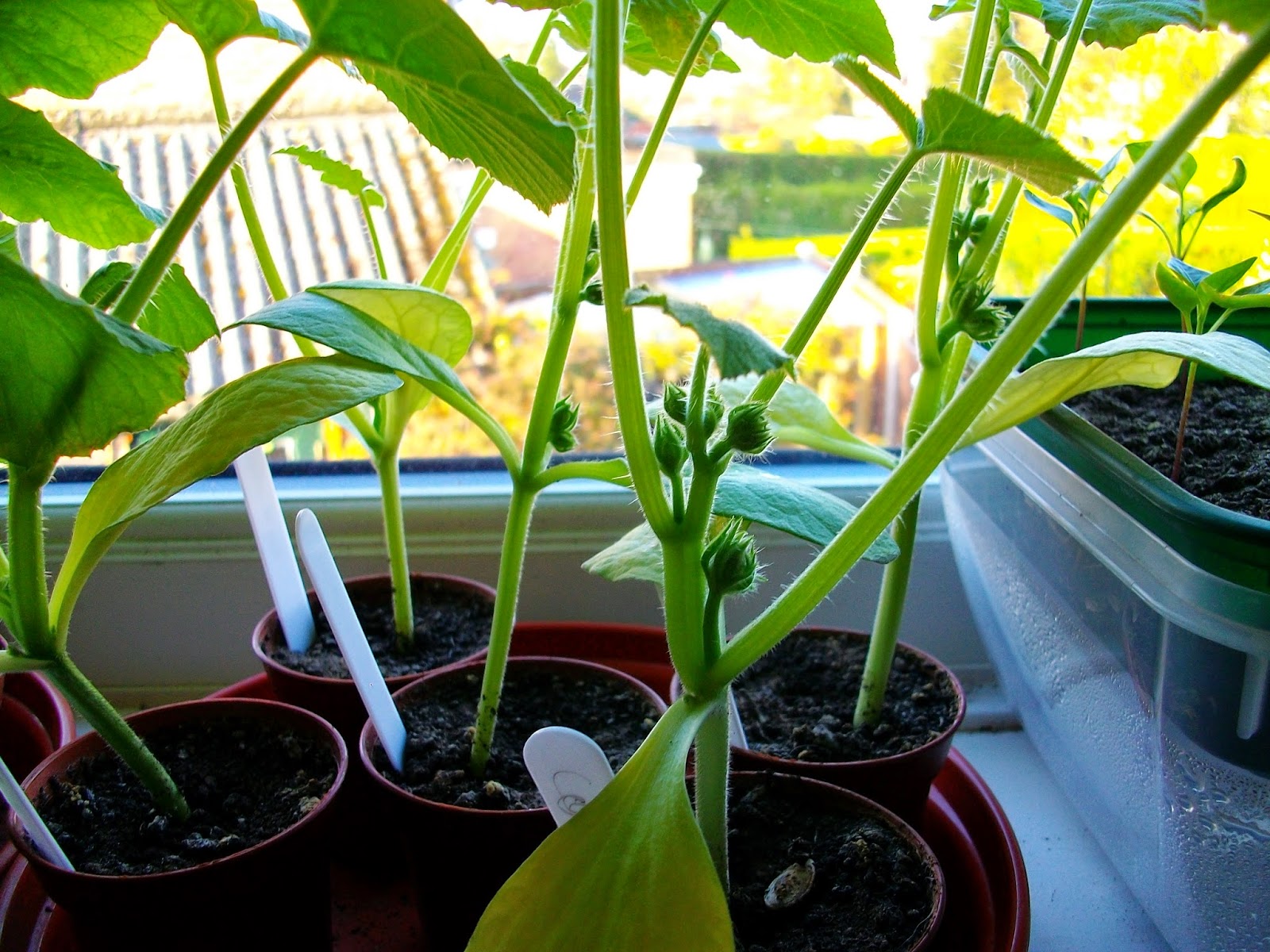 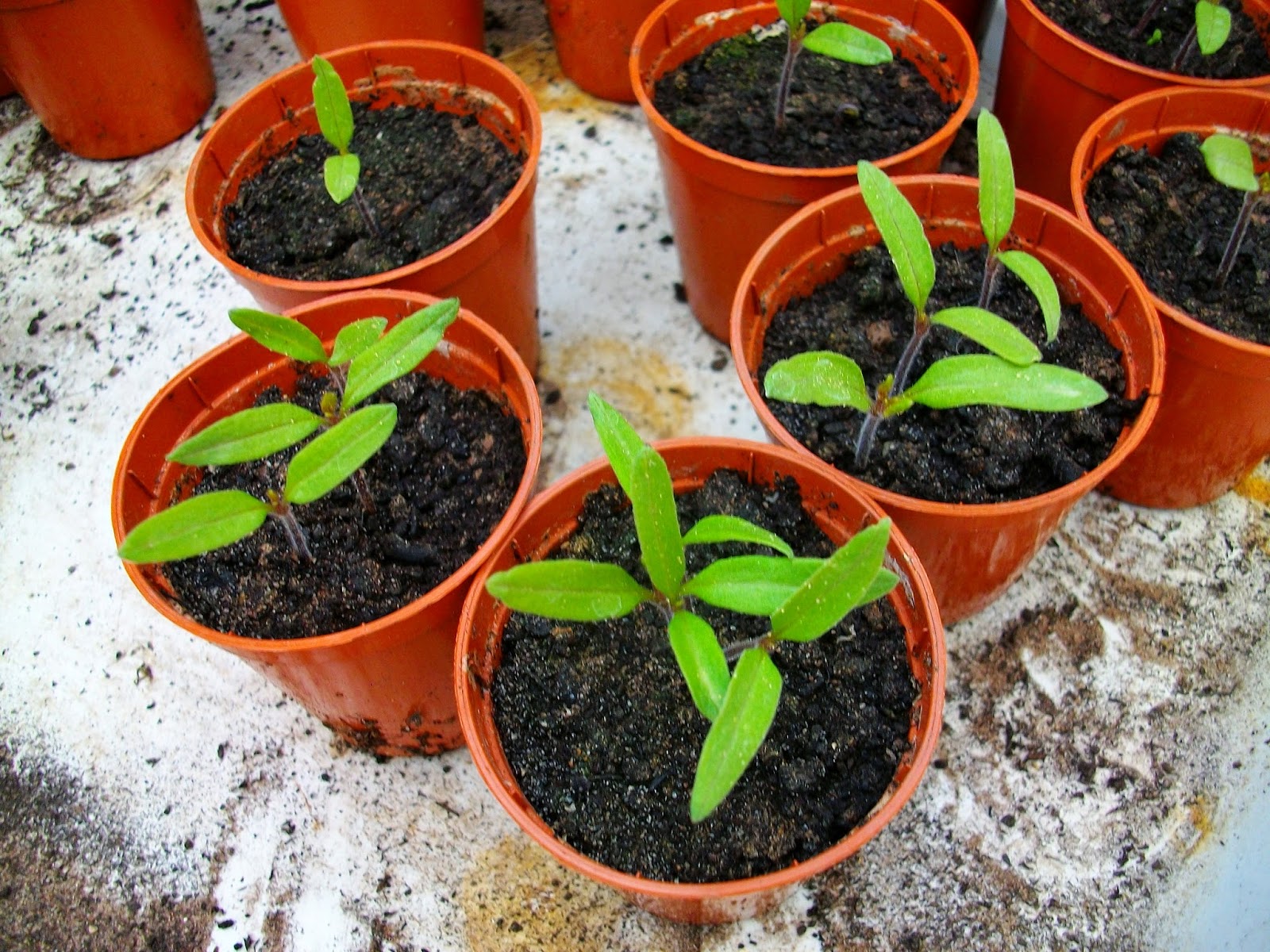 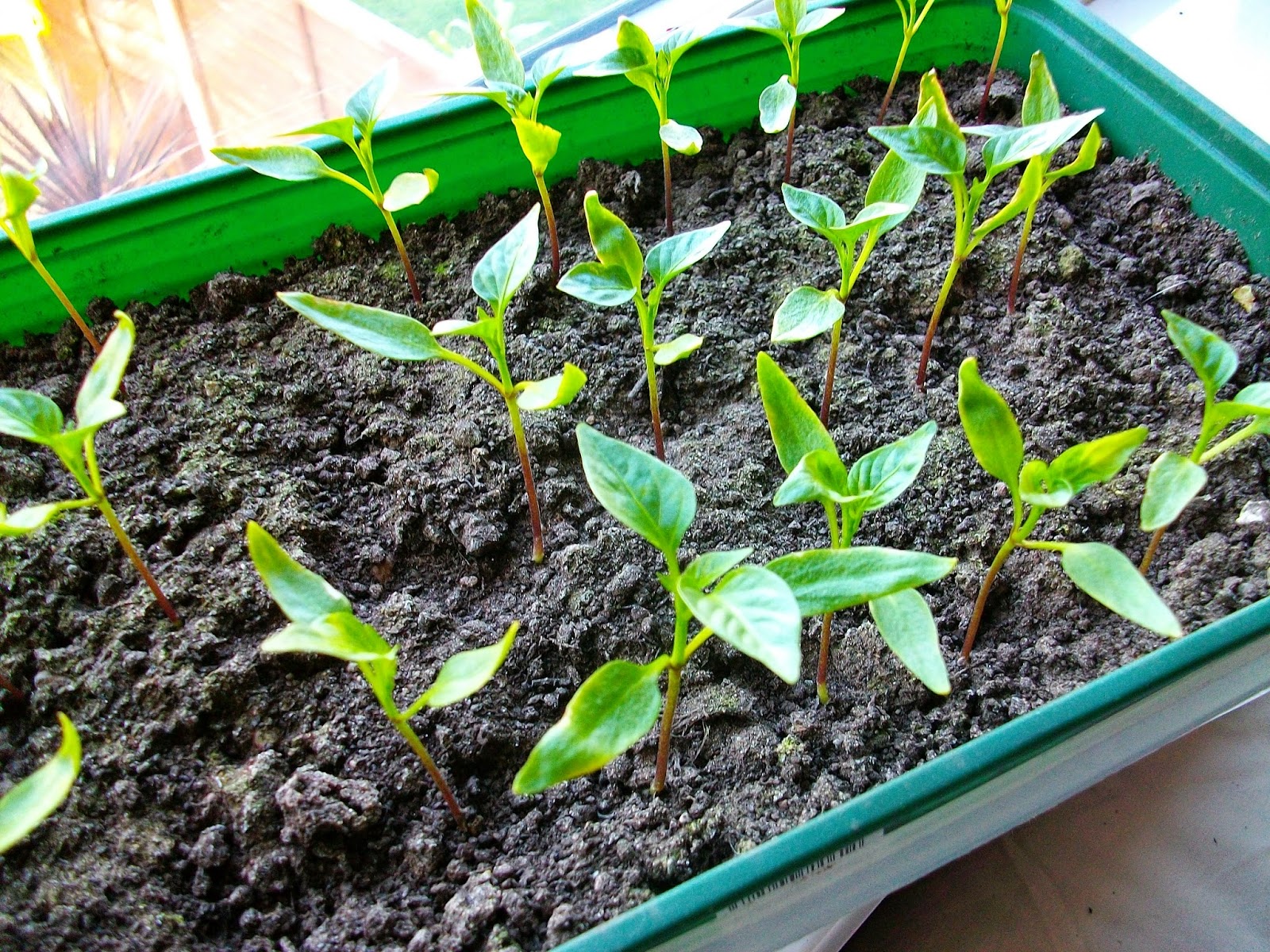 Will a bit of luck, who am I kidding, with a lot of hard work and a bit of luck, it is hopefully going to be a good year for produce. Next month I should have a lot more to show you. Hopefully fruit corner will look more impressive too! 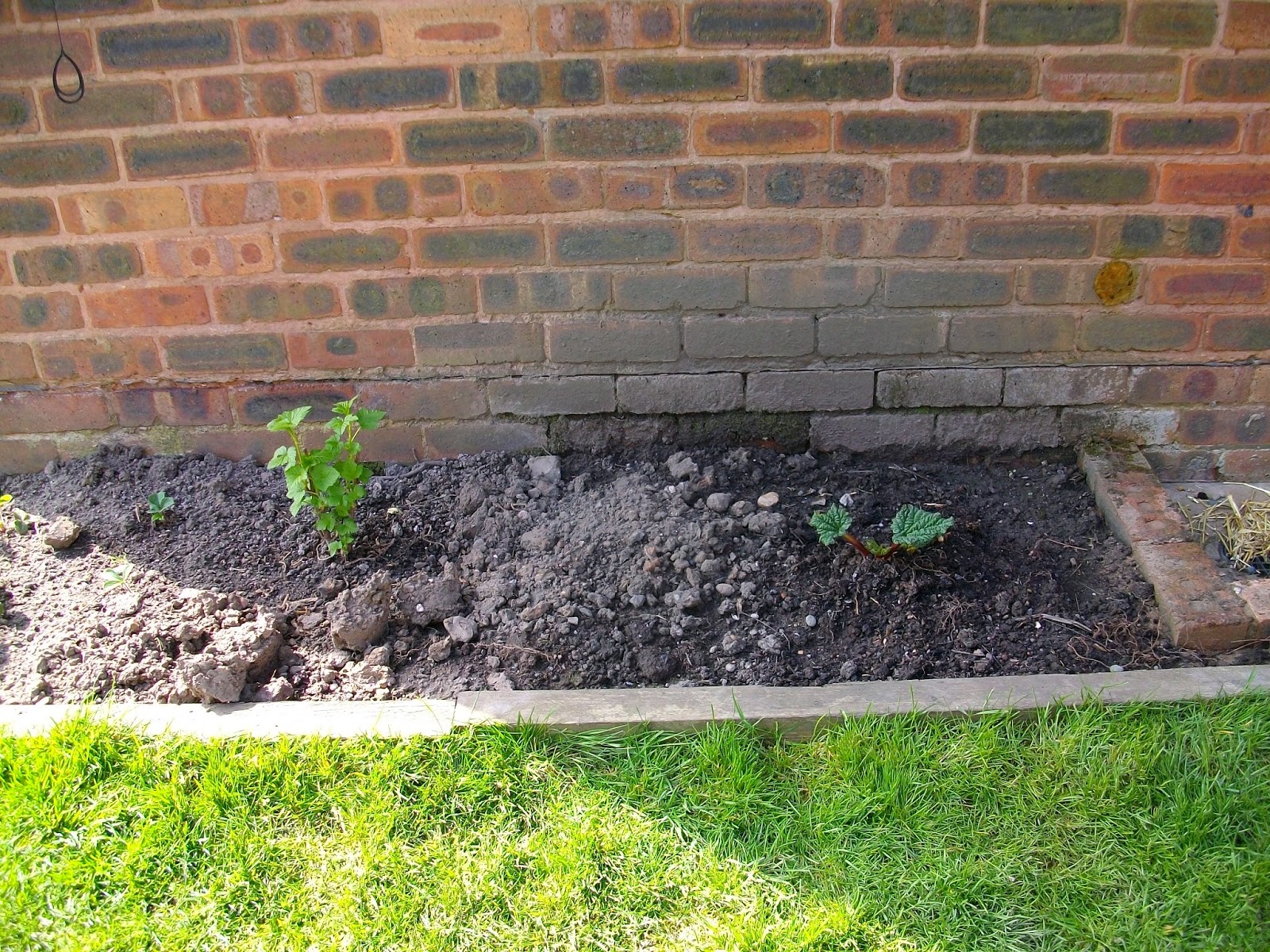