It has been a long time since I wrote about what I am reading.
This is largely due to me taking an unbelievably long time (for me) to finish The Country of Ice Cream Star.
Why?
Because I did not want it to end.
If I finished the book, I would no longer have those characters in my life and I knew I would miss them.
What finally precipitated me towards The End was the fact that, having recommended the novel to a colleague at work, she suddenly overtook me.  She was reading one step ahead of me, and I was not happy!  She knew things I did not know about “my friends”!
So I sat myself down one weekend and powered through the final third of the novel until it was done.
As expected, I was immediately bereft.  And rather grumpy that things did not turn out as I had hoped.  I foresee a sequel.  Oh dear.
What was so great about this book? 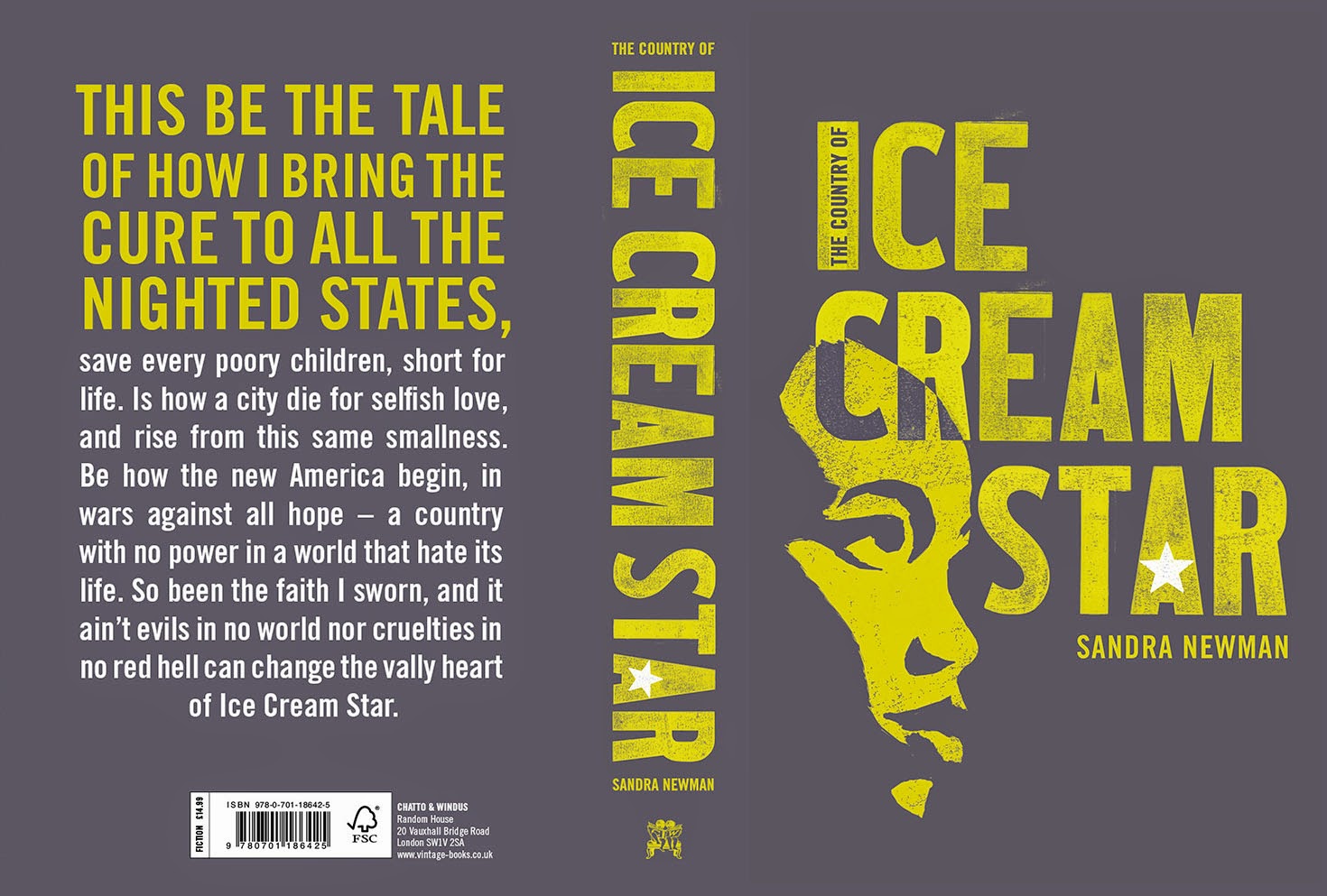 The language.  Funnily enough that was the thing my colleague liked least about the novel.  It is written in a sort of street-talk, post-apocalyptic amalgam of languages and dialects.
It reminded me of sitting on the top deck of the 56 bus from Leyton to Islington with the schoolkids chattering away all around me.  After a few trips, I was aurally fluent, but would not have dared attempt to join in the conversation.  Every so often, I would be startled by a new turn of phrase, in one case from a girl who was learning Japanese at an after-school club.
In Ice Cream Star, the linguistic flashes are Russian, French, Spanish:  not enough to bewilder, but sufficient to infuse the narrative with extra energy and sparkle.
I ought to say that this is not “my sort of book” – I am easily spooked by sci-fi and dystopias.  I have a recurrent nightmare of trying to escape some unknown threat through an end-of-civilisation environment.
But I loved reading this book.
Shrug.
What next?
This is perhaps an even more unlikely choice. 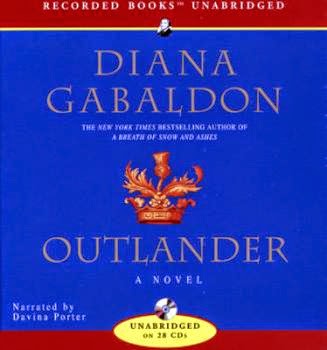 It seems that every knitting podcaster is watching a US TV series called “Outlander”.  This is not yet available on the UK networks.  It is a tale of time-travel from 1945 Inverness to the mid-Eighteenth century Scottish Highlands.  It is a romantic blockbuster of a family-tree saga with haggis and bagpipes and a fair number of ripped bodices.  Even the Loch Ness monster pops in to say hello.
This is absolutely not my sort of thing.
But I have it on audio book (28 CDs for the first volume of the saga alone!) and I am hooked.
You can listen to an excerpt here.
The heroine is a nurse in World War 2, so when she is catapulted backwards through time after an unfortunate encounter with a ring of standing stones (um, yes…) she is put to use as an apothecary and healer, with free run of the castle herb garden.
So far, so Roo-friendly!
However, before I started on this listening marathon, I had been warned that the book and TV series were not suitable for children.  Until I reached Disc 10 I was quite scornful of this assessment.  Ha!  Disc 10 cranked up the sex and violence quota to an eye-watering degree.  If it wasn’t for the accompanying wit and intrigue I would probably not have persevered.
As I have the audio-book version, it is not as easy to skip ahead as I might have done in a print copy of the book.
And actually, the narrator (Davina Porter) puts on a splendid performance – her nuanced range of Scottish accents is formidable!  I would love to have sight of her annotated copy of the script to know how she reminds herself who is from the West Highlands and who is from East Lothian!
So do I recommend it?
Yes, with certain reservations.
If you are listening in the car, please remember to turn down the volume while waiting at traffic lights, unless you want to shock a cyclist off his bike…!
And if you had any plans to gift it to your prim and proper elderly Scottish mother for Christmas…?  Don’t.