Skip to content
[Instrumental]
Calcium – The Future Sound of London *
Calcium = 2.16. Apparently that does matter. Who knew. 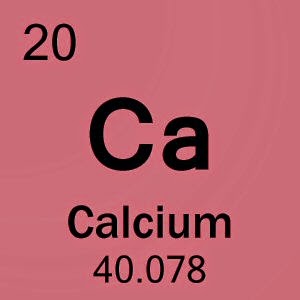 In the melee of figures that go with having regular blood tests, I’ve learnt to focus on the few that really matter. Normally, that means the indicators of blood cell types, and of course indicators of myeloma. Every now and then, my attention is drawn to something else (I had a crash course in liver function indicators, many moons ago.) One number I have consistently ignored has been my calcium level. Active myeloma can cause hypercalcemia (too much calcium in the blood). But my calcium has been consistently low (hypocalcemia). This is almost certainly a consequence of the bone strengthening drugs I’m still on (though next month may be my last, with a bit of luck).
Every time I go for treatment they tell me my calcium level is low, but treat me anyway. I then take calcium supplements for a few days, before forgetting all about it for another month.
Since the summer, I have been having consistent abdominal muscle pain. This has been a site of much unpleasantness in the early days (spasms due to vertebrae damage in the beginning, and then sporadic flare ups during my initial treatment), so its recurrence has been disconcerting as well as painful (though nothing like the pain of old, when I was unable to stand up without searing agony).
I tried to put the “what if…”s to the back of my mind and focus on addressing the symptoms. After a lot of (yellow) English mustard (turmeric, which is yellow, is good for muscle spasms – among many other things, so English is better than less-yellow-French or more-added-colouring-American!), some amitriptyline** (short term relief), and a bit of stretching exercise (if anything, this made it worse), I seem to have settled on an answer… increased calcium. I’ve been getting through a lot of chalky calchews.
Sure enough, today’s test results shows higher calcium levels than ever – actually in the normal range – and at the same time my muscle pain has gone away. The nurse today agrees the two could easily be connected. Not that anyone volunteered this fact to me until I’d worked it out for myself. Apparently – she fills in the science bit for me – mineral imbalances between in-cell and out-of-cell levels can lead to pressure, and so pain, across stressed muscle areas… so for me to experience it in my abdomen is not really that surprising.
Having myeloma is a bit like switching the body’s blood machine from automatic to manual – things which used to auto-correct themselves now have to be actively managed. What a pain. Or not a pain, actually, right now.
* I was unsure whether I am allowed to put an instrumental in as my lyric quote. And then I remembered it is my blog. So I am the arbiter of the rules, as well as good taste, in this space. I can see it will pose a little problem for those of you who don’t know it… So here’s a link to listen on youtube. And of course, it is today’s contribution to RadioM. for those on spotify.  Seminal early 90s ambient techno. And the first album I discovered while at university.

** Google’s spellchecker doesn’t recognise the word “amitriptyline” and wanted to correct it to “pantyliner”, but I haven’t tried those, so I can’t tell you if they are any good for my muscle cramps, I’m afraid.