Tomorrow is the big day. Olivia turns 16. It’s surreal to me. How did it fly by this quickly? Tomorrow also marks 6 years since Tim had a chemo drug put into his body. It doesn’t seem like it’s been that long, but it has. He had a check-up on this past Friday. His kappa number went up to 36, I think it was. Knocked the kappa/lambda ratio out of normal range too. This bums me out. We saw the head nurse this time, doctors were busy, and she is not worried about it. They see people whose light chain numbers jump by the hundreds so, to them, this is no big deal. To us, it is. His numbers are creeping slowly northward. They are still very low, but, a trend is a trend. Life has been full of medical issues lately. Olivia got what appears to be a staph infection on her leg, maybe even MRSA. The culture did not show anything, but they think/know it was a false negative. I have had some crazy symptoms going on which resulted in another bladder infection and a trip to the urologist, my first ever. I have to go to an ear, nose, and throat doc because I’ve had some kind of “click,” for lack of a better word, in my throat when I swallow. Now, Olivia has to go to a dermatologist because some other kind of process started on the same leg. Tim and I both got pretty sick with colds and sinus infections. At one point, all 3 of us were on antibiotics for different reasons. I’ve been back and forth to CVS pharmacy so many times, I’m practically on a first name basis with everyone there. SHEESH!
Hopefully, things simmer down for a while. I’m just sick of it. I feel guilty complaining. It’s all relative and it’s so hard to know so many people who are really struggling and dealing with so much worse than we are. You’re ticked and you want to complain, but, then the guilt settles in and you feel like a heel. Suffice to say, there is just a lot of hard stuff swirling all around me and some days, you just get so weary from it all. Can’t remember what normal feels like anymore.

Back to the sweet 16. It will be a weekend of parties(Liv’s birthday, mother’s day) and I am still trying to arrange a camping trip or day trip to the beach for Liv and her buddies. I haven’t a clue what to buy my kid, a sure sign that she has too much. (sigh) We have such a small family and she has a nice group of friends but not enough to warrant renting out some place and hiring a DJ. She has been to several sweet 16 parties now. They have fun when they do that dancing and DJ thing, but, in a few of the cases, kids invited all sorts of other kids that they didn’t even hang out with just to get bodies there. I just don’t understand inviting a whole bunch of kids that you’re not friends with, especially to a gift giving event. I’m not OK with that. At the last party where a girl did that, some girl created a whole bunch of drama at the party and really ruined it for the guest of honor. I thought, “well, she is not even your friend and you knew she was trouble, why did you invite her?” Nah, not going down that road. We are taking a whole bunch of them out to dinner and a movie on Sat. night, and then we will try to do a camping overnight or beach day one of these weekends.

After a long, cold, snowy winter and a cool, wet spring, the beach sounds like a pipe dream. But, rumor has it we may hit 80 degrees here next week, and we’re starting to see some 70’s lately. WOOHOO! Olivia has one more week of softball. She has played great this season but we have a very weak team and a coach who is clueless. It’s been great seeing Liv do so well, but she cannot win games by herself. We just try to enjoy it and support the girls as much as possible. The games are played right after school so most parents don’t make it, but, our little group tries to cheer them on and I alway bring them snacks for after the games, which they appreciate. So, I guess that is the update. As always, the time feels like it’s slipping through our hands like water. Too fast. Just too darn fast for this old girl. Here is a pic of our big girl, pitching on opening day! SO proud of her!!! 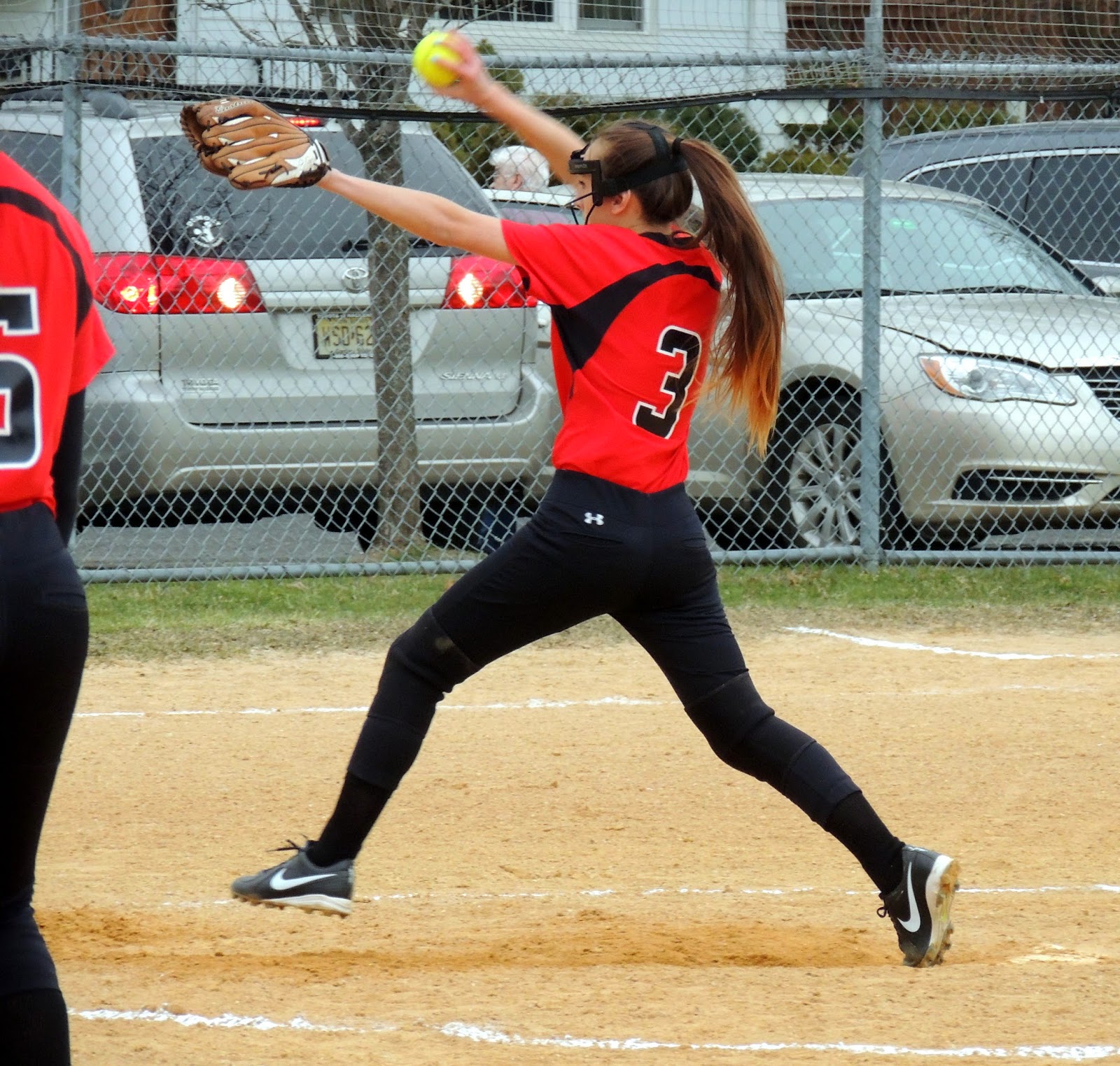