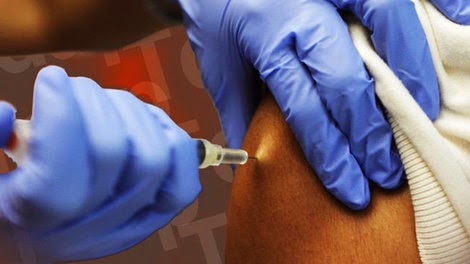 Stacy Erholtz, 49, of Pequot Lakes, was one of two patients in the study who received the dose last year, and after ten years with multiple myeloma has been clear of the disease for over six months.

“My mindset was I didn’t have any other options available, so why wouldn’t I do it? I had to have failed all conventional treatment to do that trial. That actually happened last March,” said Erholtz to KARE. “It was the easiest treatment by far with very few side effects. I hope it’s the future of treating cancer infusion.”

Dr. Steven Russell, a Mayo Clinic hematologist, spearheaded the study and said the concept was previously tested in mice, but never in humans until now.
“It’s a huge milestone in that regard,” said Russell. “We have known for some time viruses act like a vaccine. If you inject a virus into a tumor you can provoke the immune system to destroy that cancer and other cancers. This is different, it puts the virus into bloodstream, it infects and destroys the cancer, debulks it, and then the immune system can come and mop up the residue.”

Two multiple myeloma patients were chosen because they are immune-compromised, and can’t fight off the measles before it has time to attack cancer. Both had limited previous exposure to measles, and therefore fewer antibodies to the virus, and essentially had no remaining treatment options. Of the two subjects in the study, Stacy was the only to reach full remission. The other patient’s cancer returned after nine months.

Dr. Russell believes it’s still a medical milestone, and he hopes his team can one day transform this research into a single shot cure.

“It’s like a call to action. It’s not just good for our virus. It’s good for every virus everybody’s developing as a cancer therapy. We know this can happen,” said Dr. Russell.

Mayo researchers are also testing the measles virus’s effectiveness at fighting ovarian, brain, head and neck cancers and mesothelioma. They are also developing other viruses that seem to have potential to kill cancer cells.

“I think it’s just remarkable. Who would have thought?” said Erholtz, who said she returns to the Mayo in June for a check up.

The Mayo is moving immediately into a phase two clinical trial involving more patients with a goal of FDA approval within four years.