I’m sure the nine-day gap between these posts has been frustrating for folks playing the home version of “Rich Has Cancer,” but they just haven’t been writing days.  Starting around Day +4 I began feeling the side effects of the chemotherapy, and while mild they were constant and annoying.  Chronic fatigue, nausea, you name it.  I was hooked up to an IV line for the majority of this time being pumped full of liquids only to be told I’m retaining too much liquid and then given drugs to remove the problem manually.

My White blood count (WBC) hit 0 by around Day +8, and then I had to start infusions of platelets and then red blood cells to keep my other counts safe.  I was miserable by now but I couldn’t sleep due to discomfort and bloating so I had to be drugged to sleep with Ativan.  I spent several days in an Ativan coma, just waiting for the next dose so I could sleep again, until they decided to ween me off.  After the red blood cell infusions I also picked up a full body rash, some sort of allergic reaction that seems to want to hang around for a bit. 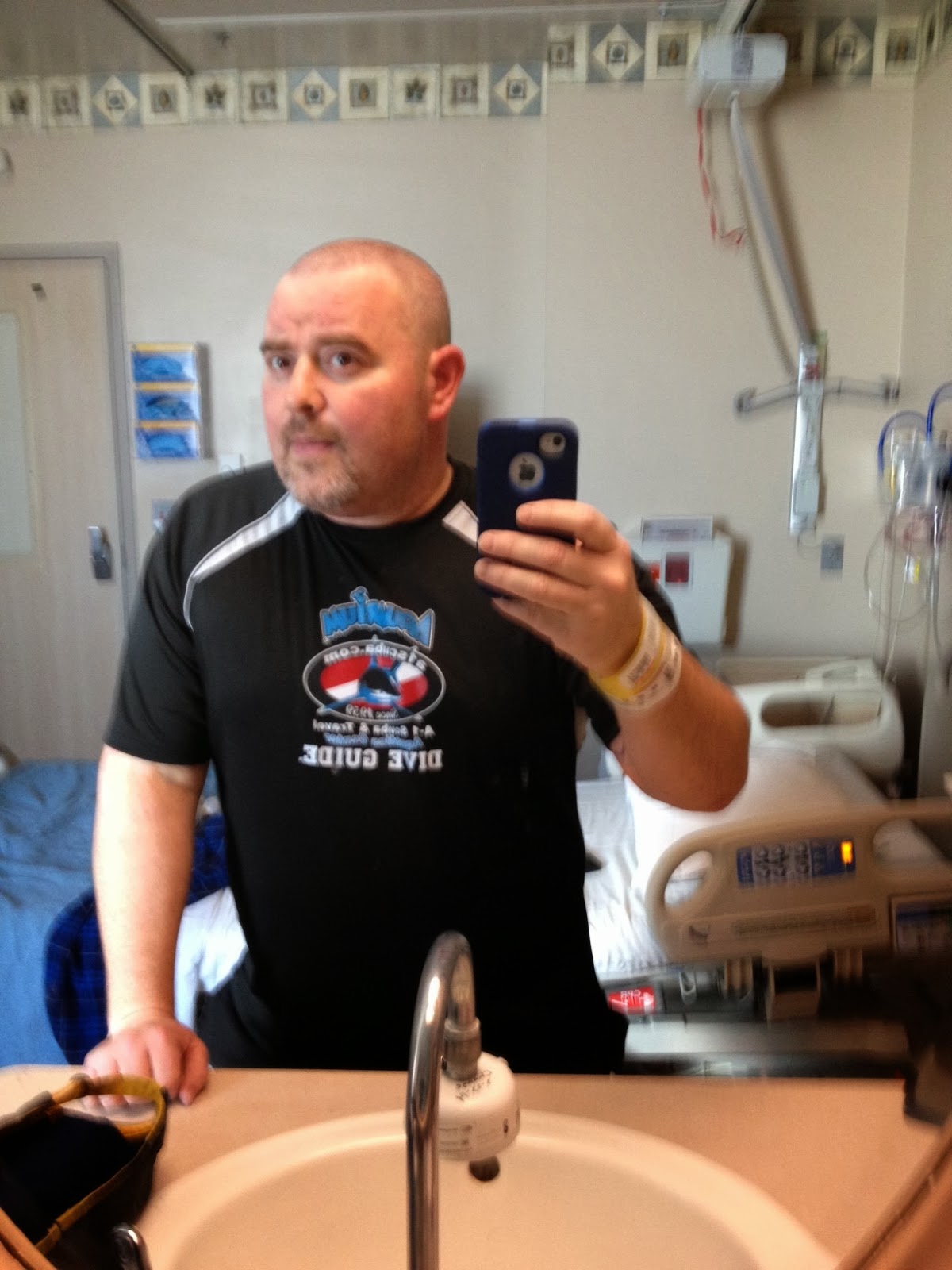 And today I make the call and shaved my head — tired of watching my hair fall out.

Anyhow not much to say … my wbc hit .8 today, which is a big jump from 0, and hopefully indicates I can leave the hospital this week.  I’m eating amazing well, mostly fruit, but all clean healthy food.  Totally sick of the hospital although I have loved a few of the nurses and owe a few some aquarium dives when I get back home.

But that’s the executive summary … given the things I was dreaming and daydreaming about in the last week while in the throes of this fucking monster, blogging it would be like trying to explain everything in the hotel room in Hunter S. Thompson’s “Fear and Loathing in Las Vegas” right before Hunter and Duke flee.

When I came to, the general back-alley ambience of the suite was so rotten, so incredibly foul. How long had I been lying there? All these signs of violence. What had happened? There was evidence in this room of excessive consumption of almost every type of drug known to civilized man since 1544 AD. What kind of addict would need all these coconut husks and crushed honeydew rinds? Would the presence of junkies account for all these uneaten french fries? These puddles of glazed ketchup on the bureau? Maybe so. But then why all this booze? And these crude pornographic photos smeared with mustard that had dried to a hard yellow crust? These were not the hoofprints of your average God-fearing junky. It was too savage. Too aggressive.