OK, so here we have the finished Torirot Mystery Mitts, Roo-style.

Right up front, I will tell you that I don’t particularly like them.
I will wear them in the snow because they are warm and big enough to layer over other fingerless mitts… but I think they are pretty ugly.

The mix of colours is not to my taste, even though I put them together.  Not knowing in advance how the colours would balance out across the mitt, I followed the designer’s suggestions:  light grey, red, green, dark grey and light blue.  But when I see them knitted up I think they would have looked better with a darker light grey and a lighter light blue! 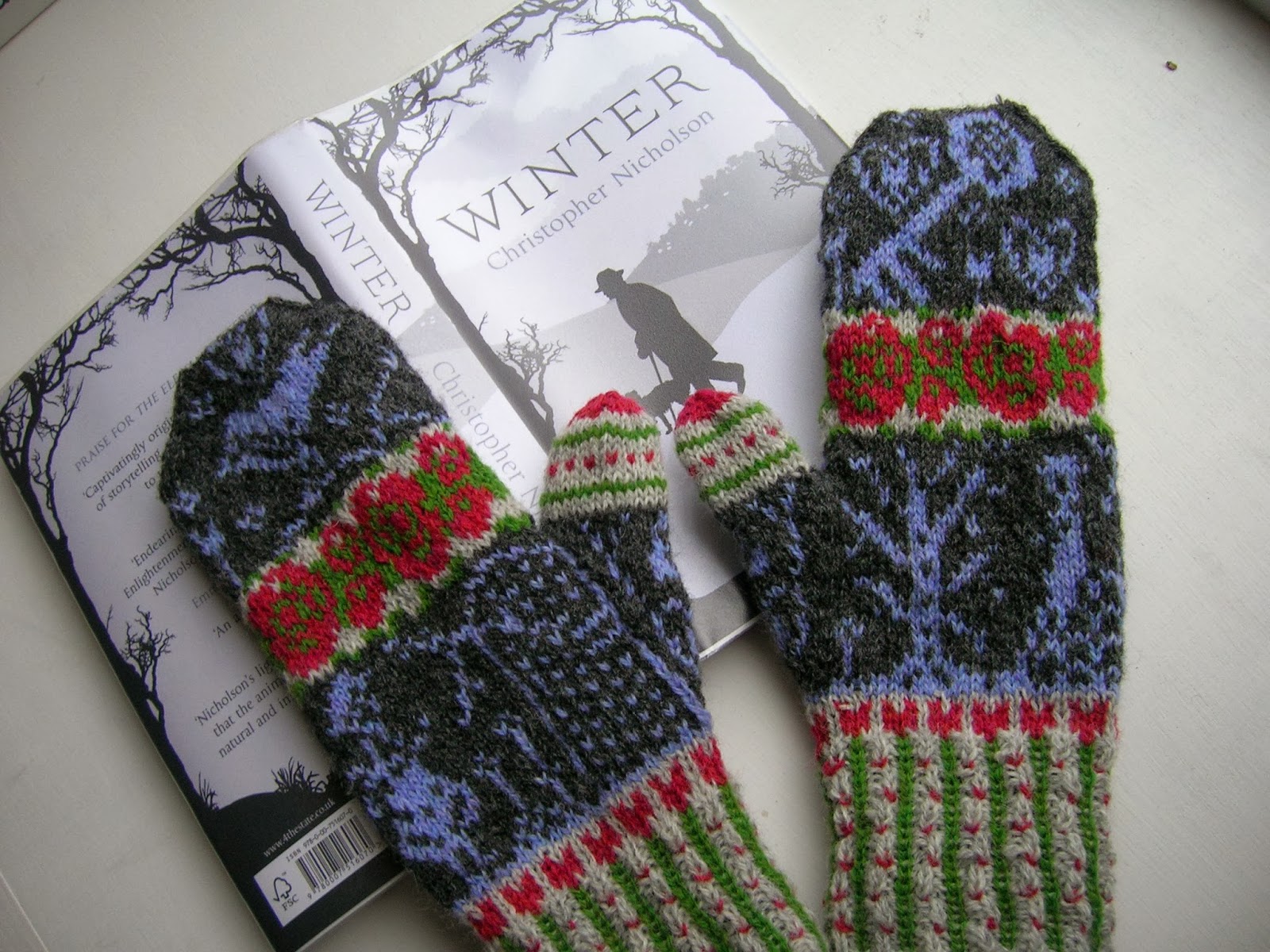 The main hand sections are a bit of a mess.  As I mentioned before, my stitches are tall and thin rather than short and fat, so the pictorial elements are elongated and distorted.  I have seen other people’s mitts in the Ravelry group and believe me, their little girls look like little girls and not weird zombie skeletons.  They have garden gates with foliage where I have a tumbledown windmill!
I like the flowery sections and the chunkier bird, heart and key motifs at the top.
I find the cuff interesting but note that very few knitters have succeeded in making the rib undulate from side to side, using the red rosebuds.  Mine just looks kinda lumpy and uneven. 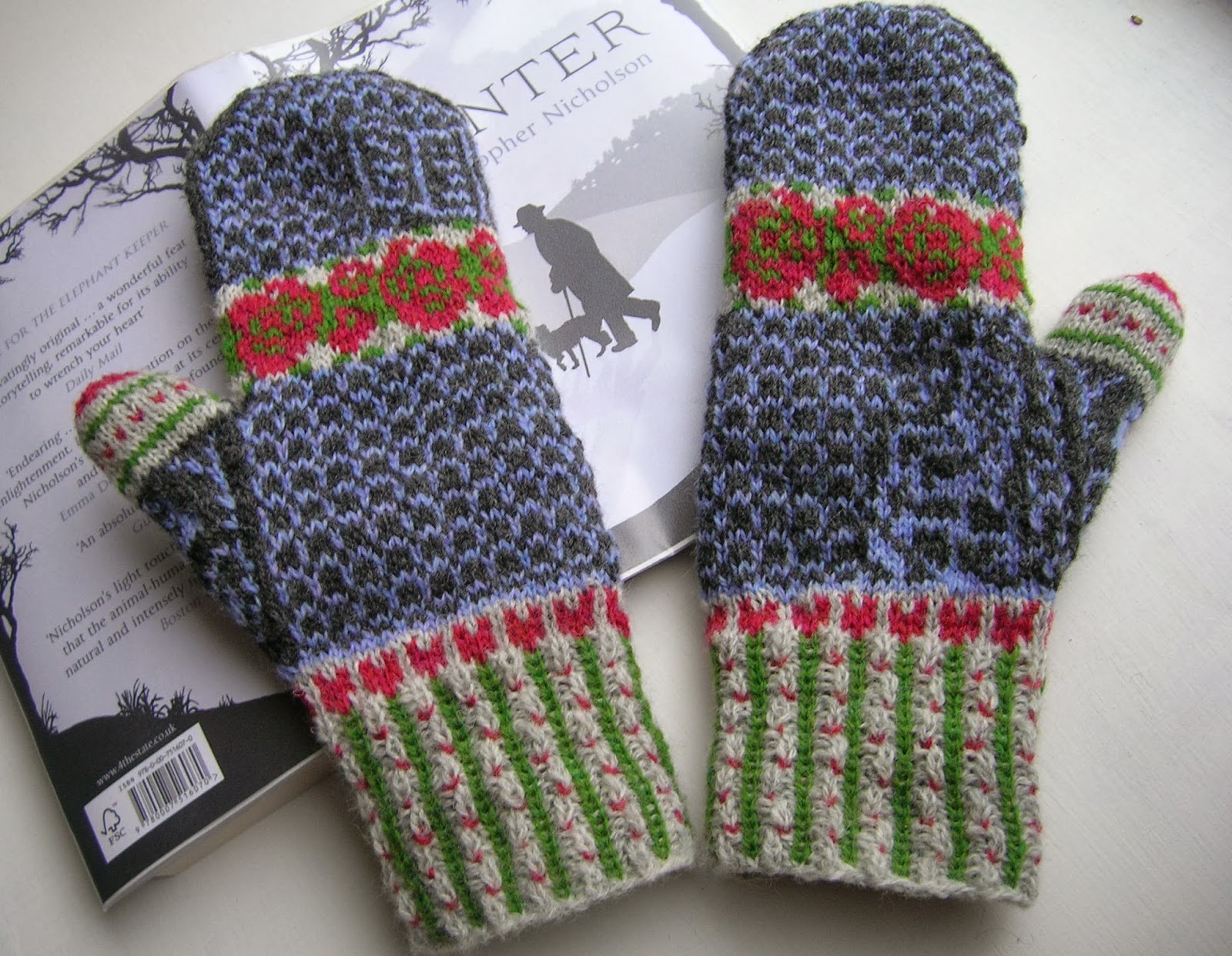 My thumbs are entirely off-pattern!  I ran out of light blue (I only had a 10g mini-ball) so decided that rather than follow the instructions I would try to echo the cuff pattern in the thumbs, using the yarn I had.  I like the look of it, but my thumbs won’t be quite as warm as the rest of my hand because they don’t have the benefit of the stranded under-layer.
I reckon this is the last time I will be sucked into a Mystery Knitalong.  It seemed like such a good idea at the time and I enjoyed comparing my mitts with others in real time as we knitted along together, clue by clue… but in the end I know what I like… and I don’t like these mitts!
Lesson learned.

P.S.  But I really really like the yarn I used:  JC Rennie Supersoft lambswool and Unique Shetland mini-balls from Wee County Yarns.

As for sewing…
In sewing news… I have no sewing.  I cannot fathom the Peggy skirt pattern.  Would you believe that I cannot even work out which set of lines to trace for my size?  I have successfully sewn Japanese patterns and Burda patterns, both of which have “a reputation”… but this particular pattern has me stumped.  There are about 8 sizes on the pattern sheet, and all are drawn with the same solid line.  The size is only indicated ONCE for each – and despite all my experience I cannot tell which of the 8 darts is the one intended for my size.  The front tucks are an even greater mystery, as there must be two lines for each tuck, but which two? 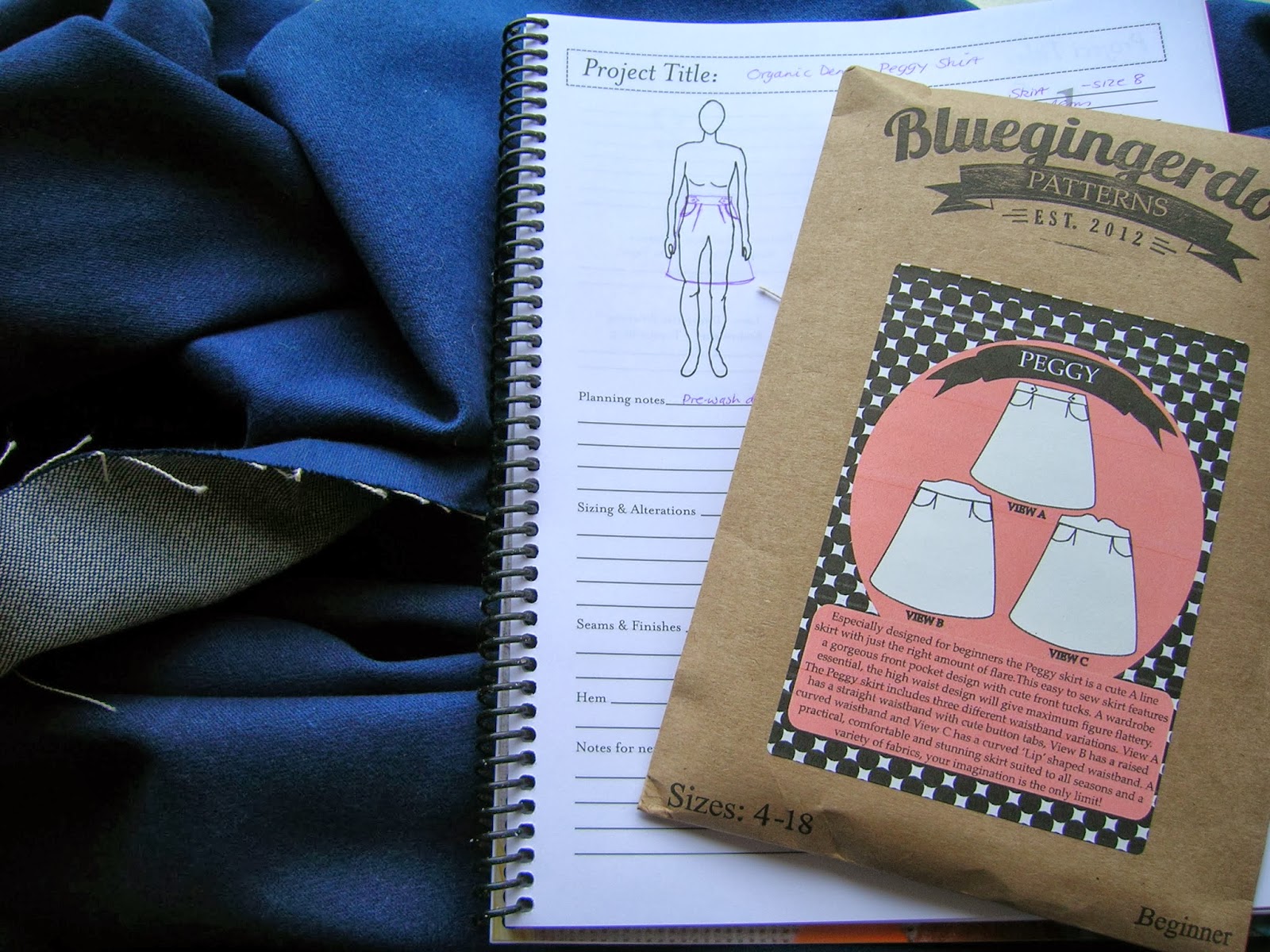 The final straw was the realisation that the pockets need to be made out of the main fabric and include a facing and something called a “pocket fuse”, which appears to be a narrow stabilising piece that fits along the top of each pocket… but that would give me a sandwich of how many – four?  layers of denim which then has to be squashed between another two at the waistband?  6 layers of fabric plus another 3 of interfacing?  Nope.  Not happening.

If you have sewn this pattern and think I have misunderstood, please let me know.  I have reached the tears of frustration stage.