About a month ago, the New Kids on the Block announced that they’re going out on tour with Boyz II Men and 98 Degrees, and I nearly peed my pants. Then I discovered that Kansas City was not on the tour, and I quickly un-peed my pants. Really, New Kids? Really? After all we’ve been through together?

I felt so betrayed, and it was like they didn’t care about my feelings at all. Every day they were on their Facebook page going, “Woo hoo! Look at our fabulous tour! And everyone can come except Karen! Ha ha HA!” I’m paraphrasing here, but that’s pretty much what they were saying. Every day.

I tried to console myself with the fact that Donnie Wahlberg has been wearing funny-looking glasses lately. I mean, I know he’s getting old and he probably needs them to read, but … really?

As the weeks passed, my bitterness increased. Oh, yeah, New Kids? Well, I never really liked you anyway! You are super dumb! I don’t need you anymore! I am so over you, stupid New Kids! And just so you know, the Backstreet Boys would never do this to me!
Then, a couple of days ago, I was driving WCK to a birthday party. I had the radio turned down low, but I started imagining I heard “Hangin’ Tough”. I often imagine that I’m hearing “Hangin’ Tough”, so it took me a minute to figure out that I was really hearing it. I turned the radio up in time to hear the DJ say, “Tickets go on sale next week!”
What? WHAAAAAAAAAAT? The New Kids came through for me! They came through! I nearly started crying right there in the car. My seven-year-old was completely mortified.
Now I feel terrible that I ever doubted them. Of course the New Kids on the Block would never betray me. What was I thinking?
New Kids, I hope you’ll send me some kind of sign that you forgive me. Maybe, I don’t know, Donnie could rip his shirt off in the middle of “Cover Girl”. That will be our secret signal that everything is cool between us. I shall await your sign, Donnie.
July 21, 2013: The Shirt will once again see the light of day: 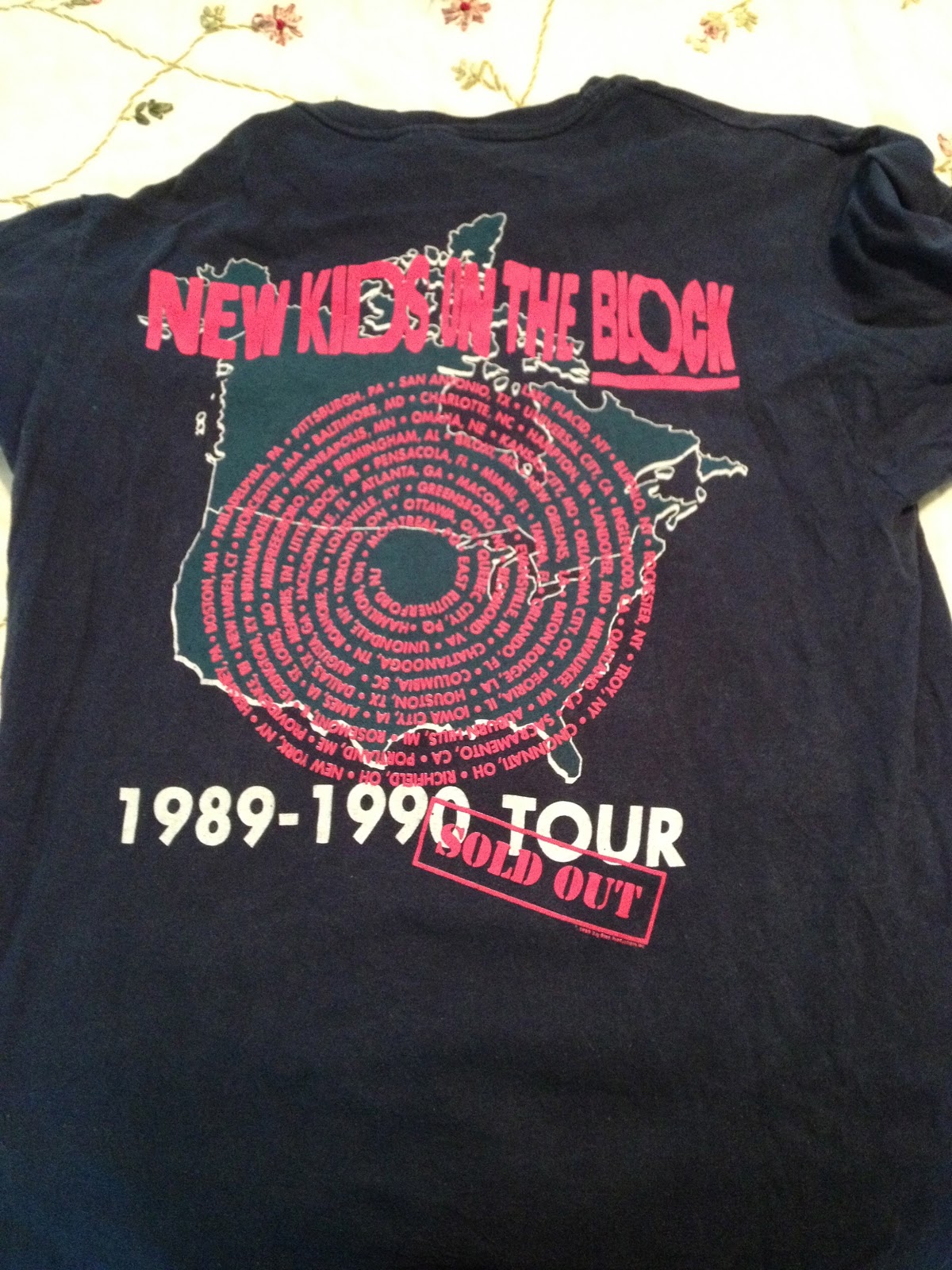