Skip to content
This is the first post I’ve made this year! Sorry for that, but my life has changed drastically since my last     post! On March 24th, 2012 I lost my beloved wife of 27 years and mother of my three children, Irene, due to a pulmonary embolism. I have been in deep depression ever since her death. She suffered her 3rd  heart attack while hospitalized in Wake Forest University Baptist Medical Center in Winston-Salem, NC.  She was only 48 years old! She was awaiting surgery to implant a LVAD (Left Ventricular Assist Device)    because her previous 2 heart attacks had damaged her heart to the point that it was only pumping at 19% capacity, but I guess God had other plans for her.  It’s going to take me years to ever get over losing her!    She was the most caring and giving person I have ever known! She changed me for the better over the years and I am a better person for it! I will never ever forget her and will always feel that she was a true blessing to me from God! 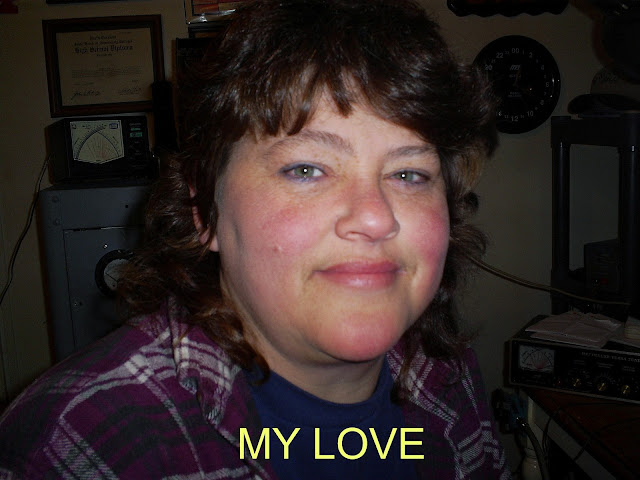 Now I will update you on my amateur radio activities. I recently received two wonderful surprises that were both totally unexpected! About a month ago I went to check the mailbox and there was a large envelope from the ARRL. My first thought when I saw it was that it was probably a reminder that my membership was about to expire, but much to my surprise and delight this is what was in the mailbox! 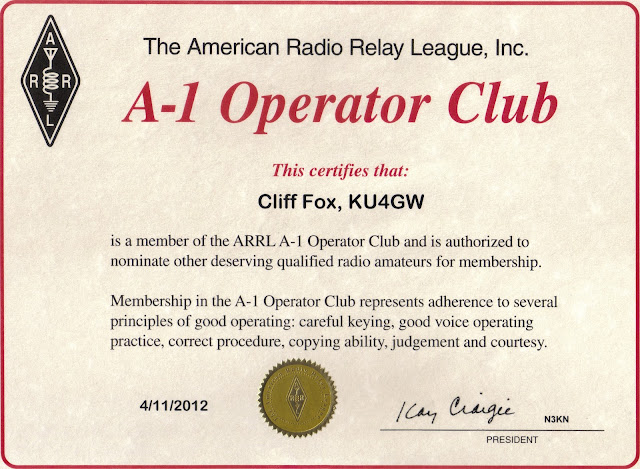 Not in a million years did I ever expect this! I’ve been a ham for 15 years now and I had pretty well given up the thought of ever being a member of the A-1 Operator Club. It has been in existence since May 1933 and all hams worldwide are eligible for membership, but the only way you can become a member is if two existing members nominate you and if you solicit a member for a nomination it automatically disqualifies you of ever becoming a member! There are to this date only 5,825 members worldwide! The A-1 Operator Club has represented an unsolicited acknowledgment of one’s high standing among one’s peers and I am extremely grateful to be a member of this elite group, to me this is my greatest accomplishment in the amateur radio hobby!
The other surprise I received is a great one also! I had recently sold my Yaesu DVR-2 digital voice recorder that came along with the Yaesu FT-1000MP Mark V transceiver I bought last June after a May 22nd, 2011 thunderstorm destroyed my previous Mark V along with almost ever piece of electronic equipment in the entire house, $6200 damage total! I never did use the DVR-2 so I sold it with the intent of purchasing a QRP CW rig or a kit to build one, but as Murphy’s Law usually rears it’s ugly head I wound up having to use part of the $145 I got for it to put new brake pads and rotors on the front of my daughter’s car so I only had $65 left! I was talking with my good friend WD4CWE Don Miller in Burlington, NC on 3.895 Mhz LSB and was telling Don about this and I told him if he heard of anyone that may have a used one or a kit for $65 to let me know. That conversation took place on Saturday April 21st, 2012. Well, two days later after having sat up all night playing on the ham radio & computer I was still sleeping at lunch time and my daughter Elizabeth woke me up and said “Hey Dad, do you know someone from Dolly Parton Parkway in Sevierville, Tennessee?” and I replied, “that’s where Ten-Tec is!” Liz said “what’s that?” and I said “Tennessee Technical!”. She then said, “Well, the UPS just left a box here for you from there!” I said, “Well, bring it in here and open it!” Inside was a brand spanking new Ten-Tec R4020 QRP CW transceiver and on the invoice was written: “Mr. Fox – A Gift For You From Your Friends On 3895!” Can you believe it? Those guys set me up with a $249 QRP rig and it could not have arrived at a better time for you see, Tuesday April 24th, 2012 was the one month anniversary of my dear wife’s death. I was dreading waking up that day because I just knew I was going to be very depressed, but getting the new rig sure cheered me up! It absolutely made my day! I thank the good Lord for whom ever it was that did this for me and will be forever grateful! I am making a 44 feet long center-fed dipole fed with 450 ohm ladder line to use as my QRP antenna and hope to be operating from some mountain top or park very soon! Mount Mitchell is only about a 2 hour drive from my home QTH and is 6,684 feet above sea level. It is the highest mountain east of the Mississippi River! Also, Grandfather Mountain is even closer, about a 90 minute drive, and is at 5,946 feet above sea level! So if your a CW operator be listening for me around the CW QRP watering holes on 7.030, 7.040, and 14.060! I used to think that one could not do very well running only 5 watts, but after joining the  NAQCC (North American QRP CW Club), I’m NAQCC#1491, and working about 90 minutes of their QRP Sprint one night I got a attitude adjustment as far as QRP capabilities! I worked 23 station in 17 states that night! After that I was hooked! 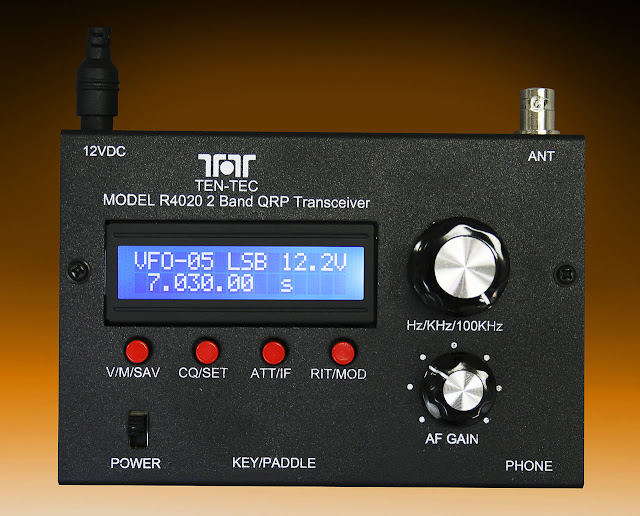 TEN-TEC R4020
On another ham radio topic I have been working a little bit of digital, mainly Hellschreiber A.K.A. Feld Hell around 7.073 USB on 40 meters. I often call the Feld Hell Club Net on Thursdays beginning at 0045 UTC (Wednesday evening at 8:45 PM EDT in North America). My Feld Hell membership number is 62. The Feld Hell Club currently has 3,836 members! I like it better than PSK31 because it has a duty cycle much like CW and so does not heat the radio’s finals near as bad as 100% duty cycle modes such as PSK31, MFSK, and a lot of other digital modes so check it out sometime! For much more information on Hellschreiber check out the Feld Hell Club’s website at https://sites.google.com/site/feldhellclub/Home
Now I want to put in a word for my favorite ham radio net and that is the “Freewheelers Net” held nightly beginning 0300 UTC, 11:00 PM EDT, on 3.916 LSB. It is, in my opinion, the best camaraderie net on amateur radio! These are a great bunch of hams that welcome all newcomers to join in! The Freewheelers Net has a Yahoo Group at http://groups.yahoo.com/group/freewheelersnet/ Come join in on the fun! You will certainly feel welcome! 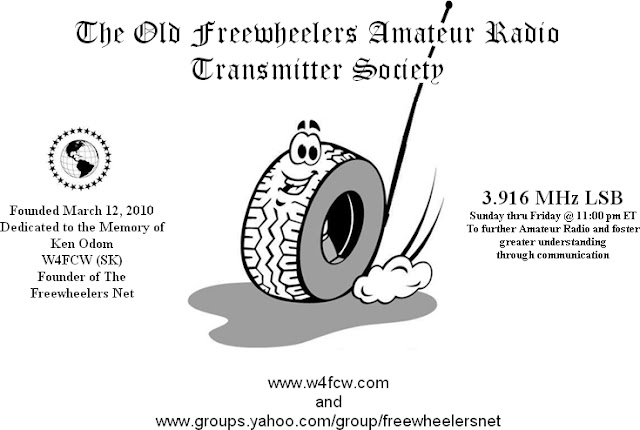 Well,  that’s the latest from the KU4GW hamshack and I will do my best not to wait so long before making my next post! Hope to catch you “on the air” soon! Thanks for reading my blog!
Very 73!
Cliff – KU4GW