The thought popped into my head unbidden. After the allogeneic transplant in 2010, my chimerism tested 100% donor. In theory, that meant that none of my old blood and marrow remained in my body. In other blood cancers, such as lymphoma, donor lymphocytes (DLIs) are often given after the allogeneic transplant to achieve the goal of 100% chimerism. But I wasn’t 100% donor despite test results that claimed otherwise. The chimerism test simply isn’t reliable for myeloma. Numerous malignant plasma cells were not picked up by the test and didn’t count. But those remaining myeloma cells were clearly mine, not those of my donor. There were a great many of them as well.

Which is why we decided to do risky and exceedingly rare infusions of donor lymphocytes in the hope that they would destroy the remaining malignant plasma cells, which, in fact, they did, while almost destroying me as well. There is no remaining evidence of cancer, and today I probably am 100% donor (my fingernails probably have my original DNA, but for how much longer I can’t say).

So I sent an email to a couple of hematology fellows that read something like this, brevity being the soul of wit:

If I accidentally dropped a little blood at a murder scene, would my donor be arrested?

Ok, I forgot, I’m sorry! Big teaching hospitals support a stunning number of lawyers, and they and the n00b fellows, whom I like quite a bit, apparently missed or discounted the humor. There was much consternation and consultation, I am told. I can’t help it. I’m a writer. When I want maximum attention I know how to get it. Besides, when my sense of humor returns after a long absence, it’s a signal that things are going right. They’re still talking about my email days later.

So after a few days, when institutional sanity was more-or-less restored, I got the answer to my question. If my blood were to be tested, my donor would be revealed from the DNA. In fact, were my blood DNA tested today for sex, I would be found to be genetically a woman. Oh, my, whatever does that mean?

I don’t know. I’m not sure anyone does: I’ve been in terra incognita since the DLI. Every cell in my body is now being nourished by my new system (or, more accurately, my donor’s reconstituted system): my immune system is hers, my marrow is hers, the deep and pervasive chemical signaling system is hers, and she clots my wounds. Of course, the hormone balance is mine, so there are no visible or libidinal transformations taking place. But I have to wonder: with my brain cells bathed in her blood, am I changing in any detectable or meaningful way? Blood isn’t simply a letter designation on a bag of cells with no significance other than in transfusions. The working title of my book has been “My Inner Woman is a Lesbian” since the beginning, and its resonation now is a surprise. 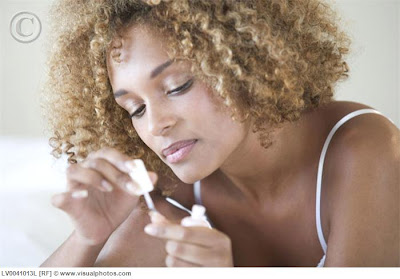 So I asked my Facebook friends about this unanticipated turn of events, as, indeed, I ask you, my dedicated readers, for advice on the signs of transformation for which to look and how I should respond to them should they appear. After all, if Facebook friends can’t give you an answer to a complicated question in less than a minute, there is no answer.
From Cindhi:

Do you now or have you ever loved shopping? Dangly earrings? Sparkley sandals? Would you prefer a stout or a cosmopolitan? Do you crave hot wings or chocolate covered strawberries? Only you and your inner donor know the answers.

As a fellow MM patient and recipient of female stem cells for my allo, I’ll just say “Wait for those monthly mood swings!”

i want to have a bitch session with you:)

lol. I’m sorry Lonnie but I giggled when I read this. YOU COULD BE THE ULTIMATE CRIMINAL! :D hahahaha However I’m so happy you’re feeling better than I don’t really care if you’re turning female :)

….and just think of this bonus Lonni; you will now recall everyone’s birthday and anniversary! (and I heard your donor lady is a Christian and a conservative Republican!) Hahahahaha Best wishes!

sounds like its time for you to see the last mel gibson movie thats it ok for a jew ot see.. what women want shabat shalom

LOL Lonnie!!! You crack me up, havent read the blogs in a long long time. So very glad to hear you are doing better, and hey whats wrong with getting in touch with your softer side. Anyway, I dont really think you have to worry about pms or the other womanly problem of menopause. But if you do then thats all the better for us woman right?? A manly man understands women!! 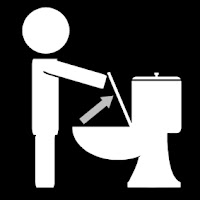 I can’t find the quote just now, but someone asked me if leaving the toilet seat up was beginning to annoy me. Was I starting to prefer baths to showers? Do I hate my callouses? (My donor does–she removes mine as fast as I can develop them. I’d like to point out that callouses are protective, and doing without them is painful.)

I have noticed that my fingernails are growing in once again, this time gnarly. I am desperate for a manicure. Also, after the DLI my hair appeared to be falling out again. You will recall that after the allo, it returned in my my boyhood color, a chestnut brown with reddish highlights, instead of the standard-issue salt-and-pepper gray, so, what next? Just bald? Well, I didn’t go bald. Instead, I went thinner, went thicker, and now am a blonde. Extraordinary. What next? Does ear piercing hurt?