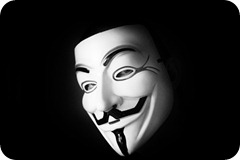 Now we all love a good conspiracy theory, but I never thought I would be involved in one and see it for myself.

Let me explain: Did you know that from Saturday there have been 100’s of protesters on the streets of Wall Street? No? Why Not?

You would think that something as big as that would be mentioned on the news, especially in light of other gatherings that have happened such as those in Egypt and Libya, OK it may be slightly different in that what they were objecting against was there freedom, but the rally in the US is the people of the United States standing up against the corrupt society and banks and saying they have had enough of them making millions whilst other are in poverty without jobs.

There was an article today on the BBC news site about ‘Could Social Unrest Come to America’ well it looks like it is going on right now.

I started to follow this issue on twitter as it was mentioned in lots of my feeds #occupyWallStreet #takeWallStreet #ourWallStreet. The more I was following what was going on the more I was amazed. The peaceful rally has been organised by a number of groups that are unhappy with the situation the US, one of them is called ‘Anonymous’. You may have heard of Anonymous in the past, they have been involved in previous rallies such as those mentioned and also as an hactivist group, taking down websites and targeting big corporations who try to silence the smaller person who fights for what is right.

In the past the media has tried to portray ‘Anonymous’ as some kind of evil organisation, but if people actually take the time to find out what they are and what they are about, then I think they will come to realise that they are the same as you and I. Just ordinary everyday people that are angry at the way the government and corporations of this world tell people how to live their lives whilst creaming millions off for themselves. Anonymous’ ethos is ‘United as One divided by zero’ in other words a group of like minded individuals from all walks of life. To quote Anonymous: ‘Anonymous is a collective of people across the world who, despite their common differences in opinion and beliefs, unite under one common desire for true freedom and a world rid of oppression.’

They have a plan, what is it, well it’s easier if you have a look at their web site. http://www.whatis-theplan.org/t1-what-is-the-plan#1 it has a good diagram explaining what it is.

Going back to Wall Street, part of the plan of Anonymous is to organise the take over of wall street, which is happening right now! Yes it is in it’s 4th day. So going back to why I’m writing this post, is the question I started to ask myself … why isn’t it in the news. The answer is that there is a complete media blackout on it, not just in the US but also in the UK. It was all over twitter and lots of people contacting the news agencies asking why they are not reporting it, I myself contacted a few people from various social networks asking the same question. Everyone got the same reply, or rather didn’t. They never answer as if it doesn’t exist or isn’t going on. Aljazeera were the only ones that had any information on it http://stream.aljazeera.com/story/us-protesters-rally-occupy-wall-street but nothing in the UK and US. As it progressed I continued to follow what was going on live through http://www.livestream.com/globalrevolution (doesn’t always stream live but most of the time when they are not asleep). Here I was watching it live, so I knew what was going on and I was simply amazed that there was still nothing in the news. Surely something no matter how small, but no nothing.

Now if someone told me that this could happen where both the US and UK sometime don’t report on major news stories and hide important news items when it is suitable for the government or media, I wouldn’t have believed them and brushed it aside as another one of those conspiracy theories. Now however I know it it be true – I have to ask why would they do such a thing. The only conclusion is that they don’t want it to escalate into something much larger, so they are supressing it. If that is the case, then it means that the media and the Governments have some kind of agreement. This just makes it worse though and makes me angry to know that the news we are getting might not be the the whole truth, don’t get me wrong I’m not naive enough to think that everything they tell us in the newspapers and TV is always factual, but I would expect